Yes. She serves our country well. As a senator she makes the right decisions. She also gets high marks on both national and international policies. She is concerned with healthcare, immigration, minimum wage, and security. She understands Israel’s situation.

No. She hasn’t really accomplished anything for the Jewish community. She claims to be pro-Israel, but I think it’s all for show so she can get the Jewish vote. As soon as she gets the presidency she won’t care anymore about Israel.

No. I’ve seen her wear a Mets cap one day and the next day a Yankees cap, and this is what she does with everything and everyone. She doesn’t have a consistent record. We don’t know what she really stands for. She wouldn’t know how to run the country with a business mindset like a Giuliani or a Bloomberg.

Depends on whom she’s running against. So far, she doesn’t seem to have a good track record in terms of her international policies, but I do approve of her domestic policies. I see benefits in her running since she is a liberal Democrat, as am I.

No. She is not looking out for the people, but is more concerned with impressing the UN and the international community. I also think having a woman as president would be bad for America at this point. She will be more focused on her legacy as the first female president. She is the wrong person for the job. 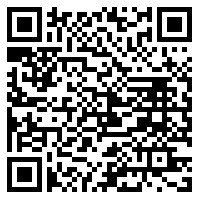