Anyone who has a child and anyone who ever was a child has had a hero of some sort, at some point. Of course, there are great variations between chosen hero types. There are  fictional and non-fictional heroes as well as contemporary and historical. Heroes run the gamut from the brawny to the brainy from the brave to the benevolent, from the boundless to the biblical and, thanks to pop culture, we can add the baseless as well.

My eleven-year old daughter recently had to write an essay about her hero. I silently reminisce and even shed a tear or two; it was just a few years ago that I was her hero. But preteen hormones have erased all memory of that and I’m pretty sure I don’t stand a chance anymore. My husband has been desperately vying for the spot. He is, after all, the self-proclaimed world’s fastest forty-plus year old, Jewish, Talmud studying, four-time Ironman triathlete lawyer from Hong Kong. (Add enough descriptors and you too can be a world champion.)


As an adult, you begin to realize that having a hero may be problematic. Heroes are either fictional or real.  If your hero is fictional you could be crazy. And if they happen to be real, they are likely human and, unfortunately, inevitably flawed. Either way, at some point in time, your hero will be scheduled for a great fall. When my daughter asked who my here is as we sat down to Shabbos dinner, I found it was just better to speak about my past heroes.

As I wasn’t athletic and actually preferred reading, the brawny type never did it for me. I was also fairly pragmatic, so fictional was never my type either. My first hero was my grandfather and while I was convinced he was good at everything, he was mostly my hero because he was just a great storyteller. He blended fact and fiction and made you believe. He could whisk anyone away on one of his fantastical fictional adventures with just words. I will categorize him as the boundless type.

My father even held the hero title for a short while. I was about six when one day we were on the Staten Island ferry. I wandered off on my own (in those days you still could do that). When I turned a corner I saw four older boys poking a frightened and much younger Satmar boy and shouting anti-Semitic slurs at him. Out of nowhere my father appeared. He shouted at them and yanked their swords right by the blades from their hands (yes the swords were plastic). He might have raised them into the air and then broken them on his knee, but it is possible I made that part up to cast him as both the brave and brawny type. He did, however, reach out to the frightened boy. He comforted him and then tenderly steered him back to his parents (who were fairly easy to spot).

When my daughter begs me to tell her about a childhood hero who I am not related to, the answer is surprisingly easily: Christa McAuliffe and Judith Resnik. “Resnik was one of the first six women astronauts in the NASA program,” I tell her, “She was Jewish and the daughter of immigrants to the US.” My daughter smiles.

I then explain that McAuliffe was to be the first civilian teacher in space. Of course I must follow with the fact that both Resnik and McAuliffe, along with five other crew members, lost their lives on January 28, 1986 when the Space Shuttle Challenger malfunctioned. Few Americans my age will forget where they were on that day, at that moment.

My children listen to the story. When it is homework time on Sunday, we look them both up online. I suggest my daughter choose both of them (most certainly from the brave category). I develop a list of other possible heroines for her. Some are biblical, some brawny, some brave. All are Jewish.

“That’s your list. It’s not mine,” she tells me, “Maybe you need to write about heroes too.”

She finally tells me who her hero is.  Of course, being my daughter, it was going to be a heroine and she excitedly announces that she has chosen the four-time Ironman triathlon women’s champion, Chrissie Wellington. My daughter tells me that what she likes most about her is that her first race was a failure but then she worked hard, incredibly hard. She likes that she is educated and used her degrees to put good back into the world. She likes that she was never afraid to try new things and set high goals for herself. While this is not the hero that I would have chosen for myself, I admire the values my daughter based her decision making on.

My daughter e-mails her hero. She includes a photo of herself completing her second triathlon at age ten in September.

“For school I had to choose my hero and I chose you for my project…My project is due Monday so I hope to hear from you very soon!!”

I tell my daughter not to expect an answer in time (with only 12 hours to go) but that she should include a copy of the letter in her presentation. Monday inevitably comes and goes as does another Monday and now about 15 Mondays. My daughter resends the letter twice “just in case.”

She has finally stopped checking her inbox. She knows now a response is not likely to come.

“Heroes are just like that,” I tell her. “Your letter was lovely and she should be honored to have received it.”

I feel terrible. Her hero has proven to be flawed.

“It’s ok,” my daughter tells me, “I will beat all her records one day and I will tell her when I do. Next time, though, I think I will just choose Esther or someone like that instead.” 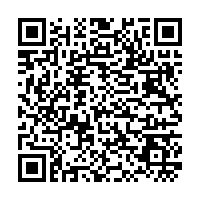