I should also point out that Z’s look like shuckeling.

Why do people hate the sound of other people chewing? We tolerate nose blowing.

To be fair, we also hate the sound of snoring. Or do we? We complain that it keeps us awake, but we enjoy arguing about it with people who somehow know for a fact that they don’t snore.

How can you possibly know that you don’t snore? Who told you that? Was it your friends in the shed?

One would think, though, that if you hang out with other people, you’d occasionally have to allow for the fact that they’re going to chew. People have to chew. Are you just going to do the Heimlich every time?

I do find that the sound of people chewing bothers us more when we’re not eating ourselves. So the solution here is to always be eating.

And not concentrating on anything. When you’re trying to concentrate, the noise seems louder. My wife, for example, complains that I chew too loudly, but then when I’m trying to work, she sits in the dining room and eats carrots. It’s always carrots. Or logs, I don’t know. It’s very loud. This is going on for an hour, she’s waking up neighbors, and finally I come over to her to say something, and she’s like, “What? It was two carrots!”

It happens to be, though, that some people are also more sensitive to the sound of chewing. It’s actually a condition called Misophonia, according to the American Society of Doctors Who Have To Turn Everything Into A Condition. And it must to be a real condition, because it has “phonia” in the name. There’s a pill you can take, but it’s chewable.

Um, news flash: They’re not actually going to send you the world. Otherwise you have to wonder why super-villains and congressmen spend years trying to take over the world when they can just do it in 22 minutes. They don’t have 22 minutes? They had time to breed laser sharks!

So I wouldn’t trust them. I would say, “Wait. Why would I give you 22 minutes first? How about you give me the world, and then I give you the 22 minutes. Or we’ll do it at the same time. On three, you throw me the world.”

So it turns out they don’t actually give you the world, they just talk about the world. But what did you expect? You didn’t give them 22 minutes; you just sat there. And you didn’t even pay attention the whole time. You spaced out for like 10 minutes in the middle.

And anyway, why do you even want the world? Especially once you’ve listened to everything that’s going on out there.

“Well, if I owned the world, I would outlaw chewing. Everyone would drink everything through a straw. But no slurping.”

And if you want to be honest, you’re probably not the only person listening to the radio. A lot of people are giving them the 22 minutes. So who gets the world? If they want to be fair, they have to split it between all of their listeners. They have to give the world the world.

Which I guess they do.

Have a question for “You’re Asking Me?” Give me 22 minutes. 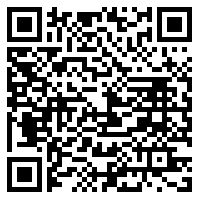