The family: My name is Ora Ohana. My husband Gadi and I have eight children: Odaiya (30) who is married with four children, lives at the Ein Tzurim caravilla site; Eliyasaf (29) who is married with three children, lives in K’far Tapuah; Elyakim (27) is married with one daughter and lives in Pisagot; Hadass (26) is married with two children and lives at the Ein Tzurim caravilla site; Amitzur (21) has finished the army and learns at the Yeshiva Gevoha in Dimona; Benaya (19) will be enlisting in the army; Tamar (16), is a student at Ulpanat Neve Dekalim and No’am (12) is a student at Talmud Torah Atzmona, Shomriya.

Background: We married in 1981, lived for one year in Hertzliya and then in Kiryat Gat for another year. After the evacuation of Hevel Yamit we felt a great need to assist the settlement that was developing in the Gaza Strip. In 1983 we moved to Gush Katif. We registered for the community of Neve Dekalim, but there were not enough houses available so we lived in Gan Or for two years.


I completed my studies at the Talpiot College as an arts and crafts teacher. My husband Gadi is a sofer stam. There was a great demand for homes in Neve Dekalim and we were required to prove that we worked in professions needed there. Without such proof we would not have been accepted to the community! Thanks to Reuven Rosenblatt, the mayor, and Rabbi Yigal Kaminetsky, who both said it was important for the community to have a sofer stam, we were accepted.

Over the years my husband continued to sell mezuzot, tefillin and sifrei Torah. I worked as an arts and crafts teacher at the regional school, after which I switched to independently teaching arts and crafts classes to women and children. I was the educational coordinator for Neve Dekalim from 1990 until the disengagement.

Our house – then: We lived in Neve Dekalim for 20 years. We rented a 75 sq. m. house that had been brought from one of the uprooted Hevel Yamit communities. When it became possible we purchased the house – because our family had also grown we decided to enlarge it. We had a beautiful garden with many fruit trees and wonderful neighbors.

Our house – now: Today we live in the temporary Ein Tzurim caravilla site – with 55 families from Neve Dekalim and approximately 60 families from the communities of Netzer Hazani and Gadid. This is the sixth year! Our house is two caravans attached together, totaling 120 sq. m. The garden is very small and the fruit trees are in large flowerpots. They will move with us to our permanent house, G-d willing.

Day of uprooting from Neve Dekalim: It was a very difficult day, closing a long period of emotional and physical stress.

My husband and I made a number of decisions: 1. We would not pack up the house before the disengagement. 2. We would not actively struggle with the soldiers. 3. We would maintain the strength of the family unit. 4. We would try not to deal with what we didn’t have, but rather with what we did have and to increase the good. 5. We would continue with our personal and national tasks despite the severe feeling of betrayal.

The bus ride [to a hotel] was very difficult and long. There was much crying, anger and concern about the unknown.

What we left behind: A beautiful period of life in a flourishing place, with good people, a life of giving and mutual assistance. A place that gave ample room for a life of spirit and holiness, quality culture, genuine Zionism. It was an example of an ideal community in the Land of Israel.

Feelings toward the State: From the moment that Ariel Sharon declared his Disengagement Plan, and the undemocratic way in which he implemented it, we felt great anger and insult. But we knew to differentiate between “the state” and those in power who were making horrific errors for the people of Israel.

We have no feeling of anger towards the state because the state is us. We have no difficulty celebrating Independence Day or flying the Israeli flag. On the other hand we developed a lack of trust in the legal system, and in our leaders. The feeling is even sharper among our youth. In our home you could say that one son took it harder than the others.

The biggest difficulty: The use of IDF soldiers for the task of the disengagement, lack of trust in governmental agencies, the continuation of evacuations of communities and residents, decline in motivation of the youth to enlist in the army or to contribute to the state, the very drawn-out process of new house construction.

Have you built a house? We are taking part in building a new community, B’nei Dekalim. It will have 600 families. The first stage is a neighborhood being built for 159 families. The community will be the largest and the most central community in Lachish. It will have educational institutions and possibilities for tourism and vacationing. 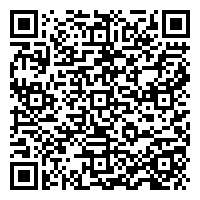