The founders of this country knew what they were doing when they made Thanksgiving a national holiday; somehow they knew there would be generations that would barely know the meaning of giving thanks – unless you disconnected them from all the things preoccupying them, sat them down, and made them think. Once you did, let me tell you, they wouldn’t be thanking you, at least not in the beginning. Unfortunately, we are a generation that could easily be called the “Granted Generation.” Everything is expected – and not just that it will be given, but it has to be the best quality and given in the shortest amount of time possible. When we do get all these “givens,” do we ever stop and say thank you?

When you wake up in the morning, and see the sunlight streaming into your room, do you say thank you to the One Who deserves thanks the most?

Thank you. Two simple words that are often forgotten, but when remembered can convey so much emotion. Let’s imagine how many things there are to thank Hashem for:

One: waking up. Unfortunately, not everyone merits reopening his or her eyes at night’s end. The fact that Hashem has decided to grant me another day, even though I don’t deserve it is in itself miraculous and a prime example of His boundless kindness. Thank You; thank You so much for this precious gift of life.

Two: sight. A quick Google search yields the information that much of the world’s population is either blind or visually impaired in some way. So when you are able to open your eyes and see, even if you need glasses/contacts, thank the One who makes that possible. Try closing your eyes and navigating through your daily life only seeing black – sometimes to make yourself appreciate something, you have to know what it means to lose it. So thank You so much for the vivid colors that make life all the more interesting.

Three: space to call your own. I hate to sound like our mothers, but do you know how many people wish they had a roof over their heads, never mind actual furniture or closets filled with clothes? Thank You so very much for it all.

Sometimes the simplest solutions are the right ones, and in this case, what might very well remedy the thoughtless ingratitude of today is nothing more than increased awareness. When you are about to complain about the seemingly endless amount of work you have, either from school or your job, pause for a second and say thank you for the fact that you have a job or that you’re bright enough to go to a regular school. Although it’s hard to imagine, today that are young girls like Malala Yousafzai being shot in the head just for daring to want what we take for granted.

So thank You so much for giving me the blessings I have become so used to that I am almost desensitized to the fact that they are blessings and begin to regard them as givens.

The Pilgrims of yesteryear were smart enough to thank God for a good harvest, and for sustaining them through the turbulent times, because they knew that it was He Who had sustained them and held (and holds!) the key to all future blessings. One of the reasons we study history is to learn from the past and not repeat its mistakes. Let’s also strive to emulate what history got right, and open our eyes so that we can live another, but less self-absorbed, more meaningful, happier day. Because when we stop to be thankful for all that we have, we realize all that we have. And that can only lead to happier, more fulfilling days, which I hope we hope we can fully appreciate. 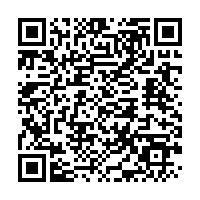