Yossi wanted to scream. His friends in class constantly bragged about the wonders of iPhones, iPods and iPads. It seemed that every guy in school had their own gadget given to him by his “wealthy” parents. Yossi felt he was the only one who didn’t have one, but he pretended he did so as not to be left out.

“Hey, you know I heard that Apple is losing out? Samsung is getting better than I thought it would!” one boy interrupted the conversation.


“Old news! BlackBerry is soaring but just yesterday I heard they owe a billion dollars for stealing their idea,” the other squeaked.

“That’s even older!” another boy argued. “You should see my iPad 4. It’s the coolest!”

“That’s garbage! iPad 4 is coming out next week and did you hear, the iPhone 5 is already in stores,” yet another boy yelled, clapping his hands in delight.

“And did you hear? The Rebbe is here and he’s going to teach you about Moshe who smashed the two tablets!” Sruli, the oldest in class, announced with great excitement.

“Oh the tablets Apple made? Yeah, iPad and iPad 2 are great but what does Moshe have to do with it?”

Yossi slumped into his seat. I must have iPad 4. I MUST! Boy, my birthday is only around the corner. It’s about time I should have it!

Throughout the entire shiur, Yossi paid no attention to what went on around him. He dreamt of himself wrapped up in bed, sliding his finger on the glowing screen, with hundreds of videos and games whizzing by in a twirl. The bubble popped and Yossi found himself alone with the Rebbe standing by his desk.

“Good morning Yossle. Welcome back to Olam HaZeh. If you don’t mind, please continue your dream outside!” the Rebbe smiled warmly.

“MA!” Yossi screeched as he barged into the house.

“Stop it. And the chulent you weren’t able to finish off… must be finished today and you left a cup of juice on the table from yesterday’s supper. Please finish off that before you have another juice. How was school?”

“Ma. Can I please have an iPad 4 for my birthday?” Yossi begged, ignoring her mother’s question. Mrs. Kleinman stopped what she was doing and woodenly turned around to stare glaringly at her son. “Pardon? I asked how was school and you’re asking for an iPad?”

“But my birthday is next week and everyone in my class has one!”

Mrs. Kleinman sighed. “You and your iPad. When can I have a normal conversation with you?”

“No. Never. That iPad is never allowed in my house.” Mrs. Kleinman said coldly. “You just went to the asifa in New Jersey and now you want to play with the rabbonim?”

Yossi knew not to start arguing. Firstly, anyone who wanted to start with Mrs. Kleinman must know that he would lose the game. Secondly, kibbud av v’aym meant no bickering with your father and mother.

Yossi wanted to cry. “Ma, if I had the money, would I be allowed to buy it?”

“You don’t have a cent in your piggy bank,” giggled his mother. “You know what? I know of someone who is willing to give what you want, a compassionate lady who happens to be my grandmother. She is a big ba’alas tzeddakah. Why don’t you visit her one day and mention that your birthday is coming up?”

Yossi glowed. His eyes shone so bright that even Mrs. Kleinman had to turn away as if it was the sun that was beating down in her eyes. “Ma, I love you.” Yossi burst into tears of happiness and joy. He never thought of his rich great-grandmother who lived on Bathurst Street.

“First have your supper and then I’ll call Bubby for the evening appointment,” Mrs. Kleinman smiled sweetly. She watched as Yossi danced to the table and, literally, drank and ate as if he was throwing a kiddush in shul. 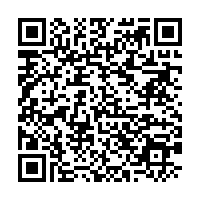