On October 29th, the verdict was revealed
As we faced what was destined as the Din was sealed
With a storm that echoed the words we know to be true
of B’Rosh Hashanah Yikaseivu.

We saw the power of wind, the power of a rain
A power that some had mockingly thought to be inane
A power destined to show itself and let out its wrath
To destroy houses, alarm cities, and clear everything in its path.

It shook full-force upon the neighborhoods that experienced its fury
And left no family in vulnerable areas without question or worry
The sea reached the consumed towns, as though struck by His rod
Turning all of our established places left to nearly an esplanade.

It thundered and damaged without stoppage or yield
Leaving no stone unturned, not a crop in the field.
Through its insatiable storm, its rush and its wind
A work He had predestined and didn’t wish to rescind.

Many mocked its prediction, denied the truth
Of that which effected all from the elderly to the youth
We underestimated its severity, yet soon saw the waters
Upon our tunnels, our houses, our sons and our daughters.

Flooding our highways, flooding New York
Leaving mouths gaped in horror at the magnitude of its torque
It left all religions and races with respect and with awe
From experiencing something so mighty like the world has never saw.

‘Twas a work of only His hand, His might, His word
That shook up each person, each animal, each bird
Stabbing and damaging, as though a loose pack of knives
And taking along with it so many lives.

We saw a power so strong; a force that’s so vast
An overturning exertion poured upon us so fast
Something so unimaginative; something so odd
A clear indication of fury from the hand of G-d. 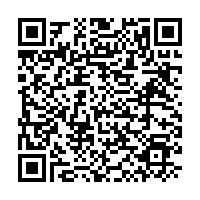