When I walk in to the grocery store it is second nature for me to just check to make sure that that bag of chips or that cookie has an OU or other kosher symbol on it. To many Jews, it is just something that they do, and it usually is like that for me. But when this question was asked, I thought deeper. I began to think about how this label gives me a sense of community; and as I made that connection, I thought of our rich heritage, and once that relationship was made I thought about our homeland – Israel.

When I look at the kosher label on a box of cereal or a chocolate bar, it reminds me that this symbol is something bigger than just a letter or a word on the box. It reminds me that I am part of a community – a community bigger than just my shul, or even Denver in general. A community all around the world, a community of Jews. All around the world there are people like me. Someone who won’t eat bacon at his classmate’s birthday party, or who won’t go to that basketball game with his teacher on Saturday. When a terrorist attack happens in India and a rabbi and his wife are killed, we in Denver, Colorado feel the pain and mourn the loss of our fellow brother and sister.


A couple weeks ago I went to a deaf school to learn about the deaf community. One of the teachers asked me what my school’s letters, DAT, stood for, and I told her that they were letters in Hebrew. She pulled out her necklace with the word chai on it and said to me, “I am Jewish, too.” This is what the Jewish community is. It is larger than just me and my friend, larger than just me and everyone in Denver. This is a community all around the world that show and feel a rich connection to a Jewish past; people deaf or hearing, blind or seeing, religious or not.

Our rich history is something that unites us. I often feel that one of the reasons is because in the Torah we see great role models and leaders uniting us. There is Avraham – the original leader; Moshe – who united us and brought us to a great level; and in the future, Mashiach – who will bring us all back to Israel. Unity started when the ‘Father of Judaism’ brought us all together. We know Avraham went around traveling and converting people to Judaism. He showed people there is something greater than just themselves – something bigger than them all in which they can all connect and join together. Moshe brought us out from a time of pain and affliction from the King Pharaoh. He united us, and we all went in togetherness, relying on one another, out of Mitzrayim. We know that in the greatest time of Bnei Yisroel we were all in unity as we heard the Ten Commandments being given. This was what made Hashem so happy, and this is what Moshe brought to Bnei Yisroel. For forty long years he helped us unite when we were in the desert at a hard and rough time. He made sure we were all protected and that we followed the way of Hashem – the ultimate Being that keeps us united.

Finally, I would like to focus on Mashiach. Every day we await and hope for the arrival of Mashiach, who will bring us all back from the galut into Israel. Have you ever thought why this is so important? I think this is so important because all around the world there are people searching for something deep inside with this connection to our history. When Mashiach comes, he will do that. He will bring us all together in oneness underneath the greatness and the awesomeness of Hashem – something that connected us all as one with Avraham.

The third connection that I have to this bottle of apple juice with some letter on it is my homeland Israel and how it came to be. During the Holocaust, six million Jews were killed by terrible people and their entire Jewish identity was threatened. In a sense, to me personally this symbol shows the world ‘we are here; we are here to stay.’ After this tragic event happened, people came together and Israel was formed. When I look at this can, I know that my friend Gali in Israel has the same symbol on her can of soda, too. In Israel today people have come together – Jews everywhere can look at that tiny sliver on the map and say, ‘that is my home.’ Everywhere, people connect to Israel. I am very fortunate to have a community with Bnei Akiva – a youth group centered on Israel – where we learn about Israel and get to experience people with the same fiery passion within for Israel. Israel is our home and on every single kosher symbol we can see that connection to home.

THIS Cured My Back Pain – The Tamar Yonah Show [audio] 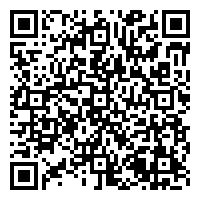