For most women, care-giving means taking on many of the roles that were routinely filled by their husbands, in addition to those things they were already responsible for.  For many of these women, this has been hard to deal with.  Not just because of the difficult physical nature of these new, additional roles, or even the tremendous emotional burden that has been added to the women’s daily routine.  For many female caregivers what is even harder to deal with is the loss of femininity, the erosion of those little things that made us feel like women. This loss can be as or more painful, and have more consequences than the major drudgery of care giving.

It was a typical Canadian winter day for Alice. Minus 15 degrees, but with the wind chill it felt like minus 29. She told me that she and her husband had been invited out to a Chanukah party. It had been too long since anyone had asked them over and because the hostess lived in a new apartment building that had easy wheelchair access, they eagerly accepted. Alice drove up to the entrance of the building and helped her husband out of the car and into his wheelchair. Adding to the discomfort of the extreme cold, Alice faced the blowing wind and heavy snowfall as she pushed the wheelchair into the building. She left him there, in the warmth and shelter of the building while she went to park the car. She found a spot a few blocks away and trudged back through the snow. On the way back to the building she met others who had been invited to the party. That is she met the men. Their wives had been dropped off in the warmth of the building, while they dealt with the parking.

During the party she helped her husband with his coat and boots, just as the men assisted their wives. She offered to get her husband a drink at the makeshift bar and realized she was the only woman there. As the husbands assisted their wives, Alice assisted her husband.  At the end of the evening Alice and her husband went down to the lobby together with several of the couples. There all the wives, except for Alice, where left to wait in the warmth and comfort of the lobby. The women cheerfully agreed to “look after” Alice’s husband while she and the men trudged off in the cold and snow to get the cars. It took a while for Alice to shovel the freshly fallen snow off and warm up her car.  As she sat there in the freezing cold a familiar sadness enveloped her as it often did after such evenings. Trying to shrug it off, she drove the warm car back to the lobby along with the “other men” who were going to pick up their spouses. The only difference was that when they drove up, the wives hopped into the warm car. She, on the other hand, had to once again leave the warm car in order to help her husband get in and lift the heavy wheelchair into the trunk.  And then they all went home.

The daily role reversal, for many female caregivers is devastating and psychologically harmful. They tell me they ache with such encompassing sadness when they see husbands take packages and groceries from their wives’ hands or hear them make an offer to help or simply hold a door open for them to walk through or an umbrella to keep them dry in the rain. For many, it is the little loses that cause as much or maybe even more pain than the big ones.  It is only in the small loses that they can allow themselves to acknowledge what chronic illness had stolen from their lives, to feel the pain and mourn.

But mourning the loss never seems to end.  There is no acceptance and termination of the grief. There is no recognition that gives you solace. Chronic illness never heals, never gets better and never ends. It just gets worse over time.  And so as your partner continues to be able to do less and less for himself and he needs you to do more and more for him; as you continue to take on more of the traditional male roles your loss of femininity escalates. You continue to feel less like a woman and for many caregivers this is reflective in how they care, or perhaps I should say stop caring, for themselves. 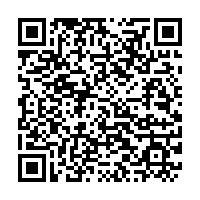