Home Magazine On Our Own/Cheryl Kupfer The Power Of Words
Share on Facebook
Tweet on Twitter
(The first half of the following poem is loosely based on a true situation as shared with me by a very close friend whose family “culture” was to  “good- naturedly” tease one another or make gentle fun of each other’s looks and actions. This was their unique way of expressing their affection and concern for each other.
While most of the family members let the  “ribbing” role off of them, and had no problem with the “verbal punches” they would playfully inflict on each other, my friend was a very sensitive person and took to heart the negative comments that were sent her way: If she was told that she was stupid or ugly – she believed it to be so.
Every individual has a unique “appetite” as to what he or she can “swallow.”  While her siblings had no problem with critical comments – my friend did. Whether she was being overly sensitive, or whether her reaction was overboard, isn’t the issue here. She was who she was, and just like when dealing with a life- affecting allergy, people need to be attuned to what their friends and relatives can tolerate – be it physically or emotionally.  With this insight they can modify their behaviors and not intentionally harm those with whom they are closest.
Fortunately, this family eventually “got it” – and learned to replace their well-meaning, but hurtful, barbs with positive reinforcement – as reflected in the second half of the poem.

She was getting dressed for a long-awaited date,
When her mother commented, “You should have lost some weight.”
Her excitement, her optimism quickly deflated.
And in the recesses of her soul, self-doubt inflated.

As she nervously began to style her hair,
Her sister remarked with a scornful stare,
“Your hair is a mess, you should have had it done.”
There’s no way he’ll think that you’re the ‘one.’

“You really are a pathetic sight.
Your shoes are ugly, your dress too tight.
Your color is out of style – you have no taste,
“He’ll know right away the evening’s a waste.”

When the boy finally knocked, she was close to tears,
Her stomach was churning, beset with so many fears.
She slowly left her room, her heart heavy with dread,
Wishing with desperation that she could stay home instead.

She was getting dressed for a long-awaited date,
When her mother commented, “You’re so pretty, you look great,”
Whatever nervousness she had felt quickly dissipated,
She smiled at the mirror as she calmly waited.

“You’ll knock his socks off,” her sister did declare,
“When he opens the door, I’m sure he’ll just stare,
“Don’t be surprised if he brings you back rather late,
He’ll certainly want to get to know his gorgeous date.”

“He’ll be so glad that he agreed to go out,
“That he’ll want another date – there is no doubt.
“You do look great in that beautiful dress,
And you’re smart and sweet natured – he’ll be so impressed.”

When they boy finally knocked, she had a big grin,
“Hurry up Tatty, please let him in,”
Her heart was racing, fueled by elation,
As she run down the steps in joyful anticipation. 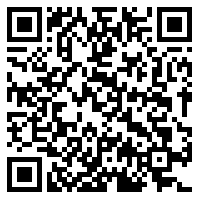