Last week I shared a letter from a concerned well spouse whose daughter is having problems getting dates because of her husband’s illness (Multiple Sclerosis). She indicated that there is an assumption that her house is depressed because of the illness. I asked for comments and suggestions from those who have experience with this situation. Below are responses that every shadchan and parent without experience with chronic illness should read.

I just wanted to share some thoughts on living with illness and the far reaching consequences or as I see it, benefits especially when it relates to children of a parent with a chronic illness.

Many years ago, when I was holding by the shidduchim phase of my life, I was a successful bachur, who learned in the finest yeshivos. I came from a wonderful, healthy family. Needless to say, I had a long list of girls to choose from. One particular girl stood out of the crowd, (ok, she was extremely beautiful and intelligent) except that her father had MS and had been a paraplegic for almost her entire life. His disability caused the family a myriad of inconveniences.  For example, his having to sleep in a separate bedroom, needing a special van, ramps in the house – plain and simple he just wasn’t what I had in mind for a shver (father-in-law).

These details were particularly disturbing to me, as I worried about genetics, and at that point in my life it really bothered me just because it wasn’t normal in my world.  More importantly, how would it look at the chassanah with a wheelchair going down the aisle?  What would people say about us?

My rosh yeshiva really helped me envision the hidden beauty, chinuch, and rare middos that grew from my wife’s (now of 11 years) upbringing. He told me she had seen and experienced firsthand, the unconditional devotion, unending care, and superhuman emotional strength, which were the utter necessities of coping and living with a paralyzed spouse. This devotion and chesed were embodied by her mother and had been successfully inculcated in this girl’s very being.

Coincidentally, (or not so, as Hashem has his ways) as a very newly married couple, we went through a prolonged and extremely devastating situation (that had nothing to do with illness) which tested the limits of our sanity and ultimately our future together.  For a time our viability as a couple was highly doubtful.  In fact, some of my “friends” encouraged her to ask for a divorce. Baruch Hashem she never considered their suggestions.

I can only imagine where I or our growing family, ka”h, would be now if I had just married “a normal girl with a normal family “

The intense need to measure up to others, takes away life’s greatest gifts and opportunities. Those missed chances are reserved for the select and special few who have the sense and vision to look beyond outward appearances.

Don’t chazal implore us not to “judge a book” or “look at a barrel “?  They are not misleading us. They were making sure that, among other things, the tza’ar anyone experienced, and grew from does not go to waste. Rather it is gifted and passed onward to those that are “zocheh” to see, appreciate and flourish from it.

So to any parent whose child is having difficulty finding a marriage partner because of a sick parent, I say the following: Your children have a gift. It took many years of patience for them to learn from you as a well spouse, and that gift can’t be shared with just anyone. It may take more patience until he or she finds that special person, but Hashem has already made sure you have the virtue of patience. He always supplies the answer before the question is asked. Hatzlocha.

My son married a girl with a chronically ill mother. When theshidduch was proposed I am proud to say it was never even an issue for us. It didn’t bother us one drop. In fact we have tremendous admiration for her parents.  Clearly her father had to be a very special person to marry a woman who was ill, knowing her condition would only worsen as the years passed.  The sensitivity and lack of selfishness it builds in a person is truly admirable.

That being said, I have to be honest – we did know that the mother did not have a genetic illness. If it was genetic…I don’t know.  But now, there’s genetic testing for some diseases. If the young man or woman does not have the gene there is no chance of it being passed on.

However, I think if it had been genetic, we still would have gone through with it, as my daughter-in-law is a great person.

I would appreciate hearing from shadchanim dealing with this issue.

You can reach me at Annnovick@hotmail.com. 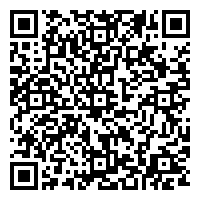