As I entered the store, a woman with a baby carriage approached. I held the door open to allow her to go in with ease. Just as I was about to follow, I noticed a man with a stroller coming to the door. I held it open for him as well. He looked surprised, but thanked me and he too entered the store. As I followed him in, I found myself in a line behind the two strollers, going nowhere. It seemed there was a second door to go through and a woman who was trying to open the door and push a wheelchair through it was blocking everyone. Each time she got the door open and went back to push the wheelchair, the door closed on the chair leaving it stuck in the doorway. And so she kept opening the door and trying quickly to push the chair through but was having little success. As this scene repeated itself a few times I was amazed that the two people I had just helped stood in front of me and did nothing.  Neither one offered to hold the door open for her.

We are invisible. The same people, who gratefully accepted help pushing a carriage through a doorway, did not seem to see that someone manipulating a wheelchair through the same space would appreciate the same help. Whether it is going through a doorway, lifting a wheelchair into a car or even just pushing a person in a chair, those around us very often do not see that we need help.

“Ann although I have someone in Brooklyn pushing the wheelchair every Shabbosso my husband can go to shul, I didn’t have that [where I was staying].  So I pushed the wheelchair to shul myself, and passed [many] frummen. Not one offered to help me.”

” This past Monday I took him to a doctor in the city, and when I left the office not one person got up to hold the door open for me when I pushed the wheelchair through.”

We may be invisible, but can we change that? Perhaps we can ask people for help. Yet, it seems, most of us find that very hard to do. Why? And, why do women seem to have more difficulty asking for help than men? Many men will just come right out and ask, “Will you hold the door for me, please.” Women will not. Often by the time a woman gets frustrated or annoyed enough to ask for help it almost sounds more like a criticism than a request. The tone may become angry and the statement demanding instead of a simple question. Perhaps it is how we are raised or how our brain is wired. We somehow expect others to just see our need and come to our aid. We are incredulous when they don’t. We expect those around us to read our minds and anticipate our needs and most of the time, or perhaps all of the time, that does not work. And yet we still don’t just ask. We get angry, we may even hint, but we do not simply ask for help.

How many times have you heard female friends say, “Is it hot in here or is it just me?” When what she wants to say is, “Would you mind opening a window?” How many times has a woman asked her companion if he is thirsty because she really is and is then surprised and upset when she isn’t offered a drink as a response? Only to hear him say later, “how was I to know you wanted a drink? You didn’t ask!”

The woman who wrote to me about walking to shul did not think to just say to one of the men going to the same place, “Would you please push the chair for me?” The lady in the doctor’s office could have simply said, “Would you please hold the door for me?” But both women chose not to. Instead they became angry and disappointed.

Caregivers, especially female ones, need to become more comfortable with asking directly for the help they need. They need to ask before they get angry because their needs are not seen. They need to ask before they become incredulous that no one is reading their minds. And they need to practice asking and asking directly. It is not easy for most of us and that is why we need to practice.  There is always the chance that the answer to our request for help will be “No.” And that will make asking again even more difficult. But what is the alternative? 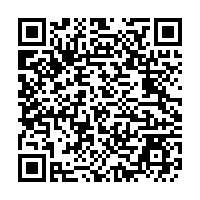