Climate change has been all the rage the past few years, with federal and municipal governments enacting laws aimed at reducing greenhouse gas emissions.


But what about plastic water bottles and packaging? The vast majority of plastics cannot be recycled, and unfortunately most people don’t bother recycling even those plastics that can be.

To address this problem, one company – called Notpla – has been working to replace traditional plastic packaging. It has created a substitution to plastic water bottles in the form of edible water pods, named Ooho, which are made from brown seaweed and biodegradable plants.

You simply take a bite of the top of the water pod and drink its contents. When you’re done, you can either eat the packaging – it’s flavorless – or compost it. And if it ends up on the ground, it can be swept away like dirt or left to biodegrade. Notpla claims the biodegradable process for its pods takes approximately six weeks.

Oohos cannot replace plastic water bottles just yet. That’s because the pods are perishable, and if they were sitting on a grocery shelf, they would need to be washed off before they could be eaten. Before the coronavirus pandemic, they were used at events (such as at the London Marathon earlier this year) – with the people handling them wearing gloves – or as a fun way to drink cocktails or other beverages at festivals and private parties.

For those who may not have already guessed it, Notpla stands for “Not Plastic” as its packaging is made out of materials other than plastic. But it’s also an implicit criticism of PLA, a corn-based plastic that reacts like traditional plastic when placed in the ocean.

Notpla has started expanding into food packaging. Before the pandemic, the company partnered with Just Eat, a food delivery service in London, and Hellmans, owned by Unilever, to create ketchup and mayonnaise sachets. They look – and open – like regular sachets and can be thrown into your home compost or waste bin to fully decompose once the condiment is squeezed out. They are also flavorless and colorless so it’s almost as if you had used the plastic version – just without the waste.

Just Eat teamed up with 10 restaurant partners to test the new sachets. Of the sachet users who were surveyed, 92 percent said they’d like to see more of their takeaway sauces coming in biodegradable, seaweed sachets, and 91 percent said they were as easy, or even easier, to open as regular condiment sachets. That’s an overwhelmingly positive response for a new product.

Takeout containers are usually made out of plastic, but Notpla is working to make a waterproof, greaseproof – and compostable – alternative. It is also developing heat sealable – both water soluble and insoluble – sachets for non-food items such as screws or nails and non-plastic replacement for nets used for fruit or garlic.

Notpla is not the only company attempting to replace plastic water bottles with environmentally-friendly alternatives. Some of the other proposed replacements for plastic water bottles include canned water – according to the Aluminum Association, 75 percent of aluminum that has ever been produced is still being used today – and boxed water. 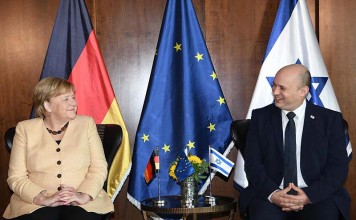 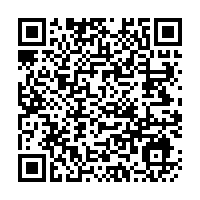