For the Siyum HaShas in MetLife Stadium, community leaders, security officials, and even dogs (K-9 units) spent months getting ready for the close to 100,000 in attendance on Wednesday afternoon. However, members of ArtScroll have been focusing on what happens after the celebration. In honor of the 13th daf yomi cycle, ArtScroll has begun to launch its newest edition of the Babylonian Talmud – a digitized version for the iPad.

“The project began several months ago,” said Rabbi Nosson Scherman, general editor of ArtScroll Mesorah Publications. Although many developers at ArtScroll had dreamed about utilizing this platform for its tomes, the current technology could simply not support the magnitude of information and features they wanted to create. “As soon as [the technology] became available, we [hired a team] of skilled technicians” to begin designing the application, Rabbi Scherman said.

Before the advent of Talmudic apps, organizations, rabbis, and commuters had devised many ways to make the popular daf yomi study program more accessible to participants. Daf Yomi was started by Rabbi Meir Shapiro of Poland in 1923. Participants would study one page of Talmud every day, aspiring to complete the 2,711 pages over a period of seven-and-a-half years. Such a goal demands a large time commitment that many commuters do not have – except when they are on the train, bus, or car. To facilitate and enrich an aspiring learner’s experience, many people sold and distributed cassettes of recordings of daf yomi classes. Because cassette libraries of Talmud classes can contain close to 2,000 tapes, audio CDs were quick to replace them.

Utilizing MP3 technology and the popular iPod, the previous siyum hashas witnessed the launch of the “Shaspod,” an iPod prerecorded with classes on the entire Talmud and classes that could be downloaded from the Internet for free. However, none of these addressed the needs of the commuter who wished to study the actual text, but did not have room to carry a standard volume of Gemara, let alone a translated edition.

The new ArtScroll application for the iPad contains many unique features that capitalize on the technological advances but retain the familiarity and clarity of the traditional ArtScroll Gemara that has become the staple of many household libraries. The user can open the standard Hebrew folio (provided by Moznayim Publishers), the corresponding English translation and notes, or both displayed alongside each other. Additionally, studiers have the option of using a “floating translation.” By touching a phrase in the text, a “floating” box will appear near the highlighted portion containing the corresponding translation and notes taken from the English folios.

Ever since the Gemara was committed to writing 1,500 years ago, Talmud study has always been an interactive, analytical process. To further abet this process, developers created a search program and other features that allow users to cross-reference various texts and excerpts from other sources. Additionally, using “place tracking” technology, the application allows users to highlight words and phrases from the Talmud and automatically highlight the corresponding commentaries of Rashi and Tosafot as well. Moreover, studiers can create their own notes to write questions, answers, or important facts.

ArtScroll launched version 1.0 of its Talmud app in July on the Apple website, offering a free download of the first seven pages of Masechet Berachot. Offering a variety of downloading options, subscribers can choose to download a single page, a full volume, or a monthly subscription. Further updates will automatically download as the study cycle progresses.

To create the application, ArtScroll partnered with software developer company Rusty Brick. The company has already designed several other apps for Tanach, the siddur, Tehillim, and Rambam’s Mishneh Torah. Although many volumes of the Talmud are still in the developing process, Rabbi Scherman said ArtScroll would continue digitizing other classic works such as Talmud Yerushalmi, Midrash Rabba, Kitzur Shulchan Aruch, and the Sefer HaChinuch. Additionally, ArtScroll plans to launch a similar Talmud edition for other devices like the iPhone and iPod Touch.

“We have a mandate from Rav Gifter that we must harness technology and use it to make Torah accessible to as many people as possible,” Rabbi Meir Zlotowitz, president and co-founder of ArtScroll Mesorah Publications, declared in an interview. Rabbi Zlotowitz estimated the cost of the entire project to be $5 million. 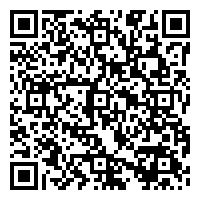