A team of researchers in South Korea and Switzerland have created magnetically actuated micro-robots to perform stem cell transplantation.

Why is this groundbreaking news? Because stem cells, if utilized properly, can be used to heal a variety of diseases. Stem cells are the body’s “raw material” – cells from which all other cells, including specialized cells, are generated. You can think of stem cells as blank cells that have the possibility to be whatever you’d like them to be.

Injecting stem cells, however, to the precise area in the body where they’re needed can be very difficult. More often than not, tissue damage results, and the cells have a low survival rate. In other words, while stem cell therapy can possibly be used to cure a multitude of degenerative diseases, researchers have struggled to utilize its potential.

Previous research has demonstrated that doctors can inject drugs into a patient using tiny robots. These robots, attached to external magnets, can be administered into the bloodstream and direct drugs to specific areas of the body. Researchers in South Korea and Switzerland believed they could use similar robots to overcome the problems currently plaguing stem cell therapy.

They used 3D micro-electromagnetic systems (MEMS) technologies to produce two different robot shapes – a sphere and a helix – with porous surfaces, which enabled stem cells to attach to them. A magnetic field was then used to control the motions of the micro-robots, and the researchers were able to direct the micro-robots carrying the stem cells to various hard-to-reach areas in the body.

Of course, the “body” here refers to the body of a rat or mouse. The micro-robots haven’t been tested on human beings just yet! But there was no notable reduction in cell vitality during or after the micro-robots traveled though the rodents’ bodies, which is critical. In other words, the cells were not affected by their exposure to the micro-robots.

That being said, the research is still in its early stages. It will need to be tested for safety on human beings and overcome various other hurdles. Nevertheless, there is reason to be hopeful that we will one day be able to heal people with degenerative diseases – utilizing the miracles of technology. 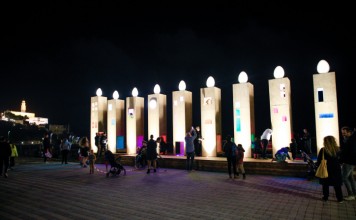