We might be one step closer to telepathic communication thanks to an experiment by neuro and computer scientists at the University of Washington and Carnegie Mellon University.

Hooked to a system called BrainNet, three people were able to collaborate on a Tetris-like game using only their brains. According to the study, BrainNet is the “first multi-person, non-invasive, direct brain to brain interface.”

How the Game Worked: It’s quite simple. Think of it like Tetris. There was a screen with a block on top and a line that needed to be completed at the bottom. Two participants, known as the Senders, could see the block and the line. However, they couldn’t rotate the block and had no control of the game.

The third participant, known as the Receiver, could only see the top of the screen – the block and not the line. But he was the only one who could rotate the block to complete the line.

The catch? The Senders and the Receiver were located in three different rooms with no ability to communicate with each other aside from the brain-to-brain interface.

The Results: Researchers used five groups of participants for the experiment. Each group played 16 rounds. The groups completed the line 81 percent of the time (13 out of 16 times)!

The Tech behind the Game: On either side of the Sender’s screens, the words “Yes” and “No” appeared. An LED light flashed at 17 hertz below the “Yes” option and at 15 hertz below the “No” option. The Senders sent their answer to the Receiver by concentrating on the light below the option they picked.

All participants wore electroencephalography caps. Sounds like a mouthful? It’s actually just a cap that picks up electrical activity. The different light patterns beneath the words “Yes” and “No” triggered different types of brain activity in the Senders’ brains and the caps picked up the unique brain activity. The cap then sent this information to the computer, which placed the cursor on the correct option.

Using the electroencephalography cap, the Receiver was able to use the same method as the Senders to select the “Yes” or “No” option to rotate a block.

Since this was also a social experiment, researchers added an element of error, which often exists in real-life situations. They changed the answers of one of the Senders in each group 10 out of the 16 times. Sure enough, the Receiver learned over time that one of the Senders couldn’t be trusted and started preferring information from the other Sender.

While this experiment was the first of its kind, it opens the door to other brain network experiments and raises the question: Where’s the line between brain augmentation and unethical manipulation? 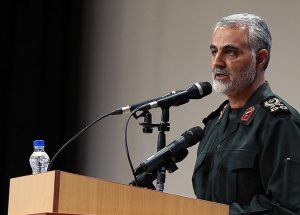