In 1992, Richard Hanbury was in a Jeep accident that left him wheelchair-bound with such intense pain that he rarely slept. He was just 19-years-old. The doctors gave him five years to live. He was put on strong prescription pain medications and morphine, but their effectiveness wore off and Hanbury’s pain, due to severe nerve damage, intensified.

It was a film, “Hudson Hawks,” that set Hanbury on a course to develop an alternative manner to treat his pain. The movie had a series of twists and turns and, as Hudbury watched, he realized the ups and downs were more effective at altering his pain levels than morphine. That’s when the idea of using visual stimuli to create a different state of consciousness dawned on him. Shortly afterwards, he founded Sana, a company whose goal is to utilize neuromodulation to relieve pain.

According to the Institute of Medicine of The National Academies, approximately 100 million Americans experience chronic pain. One of the most effective treatments is opioids. However, side effects and the risk of addiction make opioids a less-than-attractive option for many. Another viable treatment plan is prescription medication. Unfortunately, medicines often become less effective as the body gets used to them – and have negative side effects.

Hadbury’s Sana uses an entirely different approach to relieve pain. Users wear a mask – which covers the upper half (eye area) of the face – for 15 minutes before bed and for 15 minute intervals throughout the day, depending on their specific pain level. The mask measures minute changes between each heartbeat and administers precisely-timed pulses of light and sound to stimulate the audio and visual cortex of the user’s brain. The result? Users enter a more relaxed state with significantly less pain.

But Sana treats chronic pain across the board.  Close to 130 Americans are dying every single day from opioids, according to data from the Centers of Disease Control and Prevention, in what has become a full-blown epidemic. So if Sana can provide a viable alternative to opioids for chronic pain sufferers, perhaps a dent – albeit a small one – can be made in the opioid crisis.

Will Sana’s pain relieving mask become a mainstay in the healthcare industry or a passing phenomenon? Only time will tell. When people purchase expensive healthcare products, they have a tendency to believe they work, even if they have no healing properties, simply to justify the cost of the products or the energy spent on acquiring them.

Scientists have no way of knowing how this placebo effect will influence the viability of Sana’s pain relieving mask just yet. In addition, the length of time Sana’s mask is able to keep away pain and side effects is unclear. Thus, the jury is still out on this device. Regardless, though, chronic pain sufferers have reason to feel hopeful.

The Sana mask is currently in clinical trial. The company is seeking to classify the mask as a medical device and Hadbury hopes to get FDA approval by October of this year. 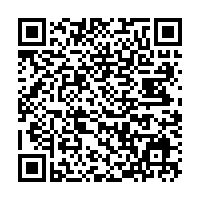