Move over Twitter. There is a new kid on the block. It’s called Parler – French for “to speak” – and its user count jumped from 4.5 million to roughly 10 million in the weeks following the election.

Parler bills itself as an “unbiased social media” company and takes pride in being “viewpoint neutral.” According to its website and app store description, it’s a place where you can “speak freely and express yourself openly without fear of being ‘deplatformed’ for your views.”

Parler differs from traditional social media companies in more than its philosophy. For one, while most social media companies decide what posts you see based on algorithms geared to your viewing habits, Parler shows users all posts from people they follow. It also doesn’t collect much data from its users and doesn’t allow users to easily cross post from other platforms.

Parler has two rules: nothing criminal can be posted on the platform and no spam or bots are allowed. Aside from that, users can enjoy the platform in any manner they see fit.

After signing up and creating a username, users are encouraged to follow a variety of well-known conservative figures. The user experience mimics Twitter. A retweet on Parler is called an “echo” and likes are called “votes.” Instead of Twitter’s blue check, Parler employs yellow badges to indicate that a user is a “verified influencer.”

Founded by John Matza and Jared Thomson in 2018, Parler is based in Nevada and has approximately 30 staff members. It reportedly received funding from conservative hedge fund manager and Cambridge Analytica co-founder Robert Mercer and his daughter Rebekah. Conservative talk show host Dan Bongino is also an investor.

Parler may sound like a breath of fresh air to those who feel they are being censored on Facebook and Twitter. However, the platform is not without a dark side. Earlier this month, the ADL released a report in which it notes that among Parler’s users are conspiracy theorists, members of anti-governments groups, white supremacists, bigots, Holocaust deniers, racists, and anti-Semites.

Parler’s rise in popularity comes at the same time that ultra-conservative media sites such as Newsmax and OANN (One American News Network) are getting post-election boosts. A significant segment of the U.S. population clearly feels their voices aren’t being heard, their viewpoints aren’t being represented, and their values are under attack.

Parler isn’t the first app of its kind to enter the market, and experts believe that ultimately the platform’s infrastructure and user experience will determine if Parler is just a passing phase or if it will indeed become a social media fixture. But the very fact that Parler exists brings up some uncomfortable questions.

Free speech is one of the fundamental rights in the U.S. Constitution. But what happens when people post mistruths? When misinformation wreaks havoc on our society and undermines the very fabric of our democracy? Should there be consequences?

Whose responsibility is it to ensure that we don’t become a country of alternative facts? At some point, these are conversations that will have to take place. 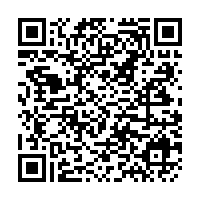