Social shopping is becoming increasingly popular. Twenty-two percent of participants in a survey by the Civic Science Trend Adoption Tracker said they bought something directly through a social media website or app in the last quarter. That’s a significant increase from the 13 percent who claimed to have done so last year.

Why would users want to purchase products on social media? It’s certainly convenient. A user sees a product on his feed that he likes and wants to buy. Instead of searching for it on Amazon or going to the retailer’s website, he can buy it directly from the social media site, saving both time and energy.

Social shopping isn’t new. Facebook introduced the Marketplace – a classified advertisement section similar to Craigslist – on its Facebook platform over three years ago. But social shopping was slow to catch on, in part because of privacy concerns. Social media giants also failed to make purchasing through their websites or apps easy and, in some cases, didn’t even provide a shopping option.

Facebook is driving the social shopping revolution. It’s been consistently investing in the Marketplace by adding tools to help sellers list and buyers find items, as well as including inventory from e-commerce companies.

In the last year, Instagram has also upped its shopping game. Last March, the company added a Checkout feature on its platform. Previously, Instagram users had to navigate to the retailer’s website to purchase items they saw on Instagram. It was a cumbersome, multi-step process and a deterrent for some users. With the Checkout feature, users can buy products directly through Instagram.

Recently, Instagram unveiled its Shopping for Creators feature, which enables users to purchase items from brands tagged in creators’ posts. A simple tap leads users directly to the checkout page where the product can be purchased – all through Instagram. Instagram also unveiled a drop countdown to build hype before a product is released.

Facebook is also said to be working on a mobile payment platform for WhatsApp.

Other social platforms, such as Snapchat and Pinterest, haven’t lured users with social shopping just yet, although they do allow users to shop through third-party apps. Pinterest offers retailers shopping ads, which provide users with product details and sends them directly to checkout at the retailer’s website.

Snapchat has visual search capabilities, so all users need to do is take a snap of the item they are interested in purchasing and they will be sent directly to the item on Amazon. Pinterest has a similar mechanism as well.

According to the 2019 Global Social Media Research Summary, there are 3.484 billion social media users. That’s a lot of potential spending power. And a 2019 GfK survey found that social media has a major influence on consumers’ purchasing habits with 36 percent of U.S. users saying that social networks have become as important as other information sources for making product choices. From a business perspective, giving social media users a direct shopping option is both logical and profitable.

Despite its potential, though, social shopping has some glaring limitations. For one, retailers lack firsthand access to customer data – and most retailers know that understanding their customers’ needs, lifestyle, and habits is integral to serving them better.

In addition, social media giants are withholding pertinent information from retailers. They are right to do so (because of privacy concerns), but it certainly makes it more difficult for retailers to target customers by, for example, encouraging them to sign up for their newsletter or providing them with details on next month’s sales.

We have yet to see if social shopping will ever become what online shopping is today. But currently, 80 percent of Instagram users say the app helps them make purchasing decisions. And according to 2019 data from Adobe, social media was the fastest growing driver of e-commerce referrals from 2016 to 2018. So the transition from e-commerce referrals to shopping on social channels themselves isn’t too hard to imagine. 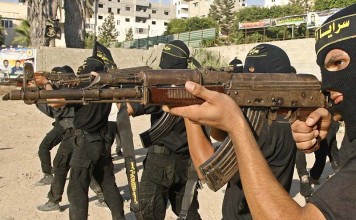 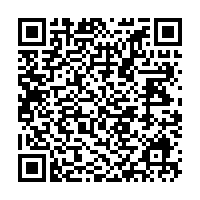