In fact, tractors from the ‘70s and ‘80s have become some of the hottest items in auction houses today. Unlike many new tractors, the older models are economical, functional and, most importantly – due to the lack of sophisticated software – inexpensive to repair. That’s according to a report last month from Minneapolis’s Star Tribune. In other words, lack of technology is a selling point.

That’s not to say that farmers aren’t using technology. On the contrary, technology has greatly enhanced current farming methods. Farmers, for example use GPS technology, robots, aerial images, and temperature and moisture sensors – all of which help them. But using less tech can sometime be more advantageous, as some farmers have discovered.

Another area that can possibly use less tech is the world of pets. At last month’s CES 2020 technology show in Las Vegas, an array of cute and cuddly robot pets were on display. Some of the featured robot pets included:

* MarsCat, a robotic cat that responds to touching and voice commands and whose “personality” develops via interactions with it;

* BellaBot, another feline-like robot, which brings its owner dinner and allows him or her to pet its ears; and

* Petit Qoboo, an animal-like furry therapy pillow with an expressive tail that plays the role of buddy.

They’re fuzzy. They’re fun. And they all have the same goal: to provide companionship and alleviate loneliness. Sounds adorable, right?

But the fact that so many different kinds of robot pets were on display – designed for connection and companionship and created only after extensive market research – should raise some concerns. Have we, as a society, come to the point that we’re so starved for connection that we’ll turn to robots to give us this basic need? And if we have, what has contributed to this societal decline?

Technology has infiltrated virtually every aspect of our lives and, for the most part, it has greatly enhanced it. From an efficiency perspective, it has propelled industries to compete in a manner never believed possible. It has made life easier, healthier, and better for so many members of society. But technology is meant to help and, at times, a less tech-driven approach is more in line with the needs of human beings.

In short, sometimes a more balanced approach to technology is necessary. After all, technology is here to make our lives less stressful. So if we find our lives becoming more complicated by technology, perhaps we need some re-evaluating. 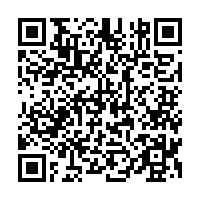