In the second week of the All Star Israel Softball League season, and the opener for Segwayz, the outcome was never in doubt, as Ari Sussman helped his team glide to a smooth 13-0 victory over Jerry’s Kids.

Sussman commended his team after the game, deflecting credit from himself. “Our defense is really humming along, and our power is downright electric. With that great Segwayz balance, it’s just a pleasure to be along for the ride.”


Ari Kafka earned the shut-out on the mound.

Meanwhile, after low-scoring affairs in their respective season openers, the Brooklyn Lightning and Torah Tidbits came out gunning. Torah Tidbits jumped out to a four-run lead in the first, but the Lightning battled back, and the game remained tight until the last inning. Tidbits entered the final frame with a 10-9 lead, when a clutch two-out bases-loaded triple gave the Lightning a 12-10 victory.

Tidbits have lost two straight games by the slim total of 3 runs, but they took heart in their performance; every Tidbits player recorded at least one hit, and Eytan Baratz, the team’s batting leader, continued to shine, knocking in several RBIs and firing in another assist from left field to the plate.

In a rematch of last season’s Holyland Series, Lobos looked for revenge, but it was Café Rimon who prevailed – though all agreed that this encounter would pale in significance to a potential postseason meeting.

Captain Nussi Jacobovitch got Rimon on the scoreboard early, doubling in Pinny Itzkowitz, and then himself scoring on a Yitzy Miller double. Rimon extended the lead on Chaim Webber’s bases-loaded triple, while Lobos responded with a pair of runs in the fourth. Pitcher Yaacov Ehrlich hung on to the tense lead the rest of the way, and in the top of the last Miller tripled home Jacobowitz and Itzkowitz for insurance.

In other action, Bagelsbergs pulled away from Janglo for a 14-6 victory. And it was another impressive victory for Lakewood Heimeshe Bake Shoppe, who faced Segwayz in their second game of the week, keeping their record perfect with a 10-1 win.

For all the latest news, schedules and scores, visit www.israelsoftball.com. 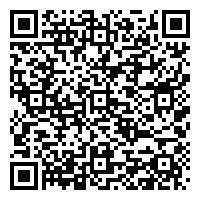