The first thing that came to mind when the Houston Astros and Washington Nationals clinched spots in the World Series was that I’ve often seen them face off in the spring. As you may know, I winter in Century Village of West Palm Beach and I’m an active member of the Aitz Chaim shul across the street from the entrance to the village.

On the same side of Haverhill Road as Aitz Chaim – about two-and-a-half miles west of the shul – is the Ballpark of the Palm Beaches. The spring training complex is beautiful and contains 14 baseball diamonds shared by the Astros and Nationals and all their minor league affiliates.


The shul chevra is made up mostly of Mets or Yankees fans. For some strange reason, New Yorkers don’t usually root for both the Mets and Yanks. It’s one or the other, and they usually have a strong dislike for the other. I go to some games with both New York groups, but my favorite Florida match-ups are those between Houston and Washington.

I like the makeup of both teams; both have good pitching, good hitting, and good defense. Houston actually has my two favorite players, infielders Jose Altuve (who batted .298 with 31 home runs in the regular season) and Alex Bregman (.296, 41 homers). But pitching dominates, and the Astros and Nationals have superb starting pitching.

Houston’s veteran righthander Justin Verlander (21-6, 2.58 ERA in the regular season) dominated this year with batters hitting only .172 against him. Gerrit Cole (20-5, 2.50 ERA) and Zack Greinke (8-1, 3.02 ERA) were also outstanding. Greinke spent more than half of the season with the Arizona Diamondbacks before being traded to the Astros, and he dominated there too (10-4, 2.90 ERA).

Stephen Strassburg topped the Washington pitching staff in the regular season, with 18 victories and only six losses and a good ERA of 3.32. Patrick Corbin (14-7, 3.25 ERA) and Max Scherzer (11-7, 2.92 ERA) were better than average but not as dominating as Houston’s top three.

My dilemma in following the World Series was which team to root for. My spring training West Palm Beach loyalties swung more towards the Astros, so I decided to root for them. Besides, I like to see happy, cheering fans watching their team win in their home ballpark.

The first two games were in Houston, and Washington won both. The next three, in Washington, were won by Houston. The deflated Nationals headed for Houston, and most so-called experts (including this columnist) thought Houston would win Game 6 there, eliminating the need for a Game 7.

I was surprised the Nats won Game 6 and was rooting for Houston to pull out a win in the final game before the home crowd. But, as you know, Washington won all four games played in Houston, winning the World Series.

I had an additional reason to root for Houston: Three years ago, I sent a package to a Jewish executive of the Nationals with two baseball books I’ve written. I also included a letter with a couple of simple questions like “When did you see your first major league game?” and “Who was your favorite player?”

Also included was space for comments – if he wished to comment – on the state of Judaism in America and Israel. I mentioned that I would like to do a column in The Jewish Press on him and there was no deadline. He could send it months later if he wished.

Naturally, I included a self-addressed, stamped envelope. All he had to do was scribble a few lines and seal the envelope. Nothing. No reply. I hope he enjoyed the books. I hope he used the envelope I provided (after covering my address).

That was three years ago. I tried again a year later (about two years ago) with another Jewish executive of the Nationals. Same package, same kind of questions, and another stamped envelope addressed to me. No reply again. During this past spring training, I mentioned my two attempts to another man in an ownership position of another team. His reply was, “I’m not surprised.”

I’m not sure what he meant by that answer. But I’ll try again in a few months with another Jewish executive of the Nationals. After all, it’s three strikes before you’re really out. I’ll let you know if I get a reply and start rooting for Washington. 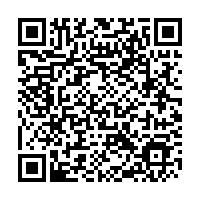