Last season the Philadelphia Phillies had a Rosenberg, the St. Louis Cardinals had a Rosenthal, and the Arizona Diamondbacks had a Goldschmidt.

The three players have one thing in common: they aren’t Jewish. You wouldn’t know it by their names, just as you wouldn’t suspect players with the names Marquis and Youkilis are Jewish.


Jason Marquis, who grew up in Staten Island, started 2012 with the Twins but a horrendous partial season with Minnesota (2-4, and a high 8.47 ERA). After a stint in the minors, Marquis surfaced with the San Diego Padres and posted better numbers – 6-7, 4.04. Marquis, who made his big league debut at 22 in 2001 and has a respectable 112-109 career record with a not-too-respectable 4.60 ERA, inked a new contract with the Padres for 2013.

Kevin Youkilis is the son of a Jewish father and a mother who converted at marriage. Youkilis made his major league debut in 2004 with the Boston Red Sox and started the following season with them. He was sent back to the minor leagues in 2005 but made it back to Boston later in the season.

Seven years later, the Red Sox traded him to the White Sox where he ended an injury-riddled 2012 season with a .235 batting average and 19 home runs. With third baseman Alex Rodriguez recovering from an injury and slated to miss several months of the upcoming season, Yuke cashed in with a $12.25 million contract from the Yankees to play third base in 2013.

The spotlight will shine brighter on a Jewish player in New York. Will we see the Youkilis who has compiled a .283 career batting average, or the Youkilis who batted 48 points lower than that last year?

A Jewish rookie to watch this year is Nate Freiman. He’s a right-hand batting 6-foot-7 first baseman from the Boston area. In A-ball in the minor league chain of the San Diego Padres in 2011, Freiman batted .288 with 22 homers, and his 111 runs batted in led the league. Before Freiman hit four home runs for Team Israel last September in the games to qualify for the World Cup, he batted .298 with 24 homers for San Diego’s double A San Antonio club in the Texas League.

Freiman, who topped 100 RBI again in 2012, is now part of the Houston Astros organization and has a much better shot of reaching the majors since Houston is moving to the American League where the designated hitter is employed.

Remember Al Rosen? He became the regular third baseman of the Cleveland Indians in 1950 and stayed with the club through 1956. Rosen led the American League in home runs in 1950 (37) and in 1953 (43) and posted a career .285 average while not playing on Rosh Hashanah and Yom Kippur.

Rosen, who did not marry out of the faith, quit baseball in 1956 after being offered a pay cut for the ’57 season by Cleveland general manager and part-owner Hank Greenberg. He remained in Cleveland, became a stockbroker and took an active part in the Jewish community.

Twenty years later, Rosen returned to baseball with the New York Yankees under bombastic owner George Steinbrenner. After serving as president of the Yanks, he opted for a more normal pace and took a similar position with the Houston Astros and San Francisco Giants.

After retiring, Rosen remained in the San Francisco area and is currently the oldest living former Jewish player, turning 89 at the end of February. 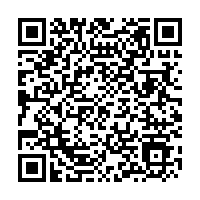