The baseball season flew by, and we’re now following the postseason playoffs to see who will face off in the World Series.


But in the television of my mind, the channels seem to focus most often on 20 years ago, on the last game of the 1999 season in Detroit. It was the last game ever at Tiger Stadium.

I’ve thought of Tiger Stadium often in the last 20 years. It was my fun place and it became my workplace. I saw my first game there in 1950, as a youngster with the Yeshiva Beth Yehudah Day Camp. It was called Briggs Stadium then, after the family that owned the Tigers, and was renamed Tiger Stadium in 1961 when a new owner took charge.

Growing up in the fabulous ’50s in Detroit, with a yeshiva day school and a nice-sized Orthodox community, was great. At one time, there were five Young Israel branches in the city. And that had a large impact on our family. My parents came from big families; they and their siblings all stayed Orthodox, and their children followed in their footsteps. Young Israel deserves much credit for keeping youth in the fold across America in the good old days.

I spent many days at the double-decked ballpark with the old green wooden seats. I saw Joe DiMaggio in 1951 (his last year as a player), and a young rookie that year named Mickey Mantle. I saw the legendary Satchell Paige baffle the Tigers with a weird assortment of windups and pitches. I watched in awe as Ted Williams had seven hits in a double-header, including four home runs.

I silently rooted for 20-year-old Al Kaline in 1955, as he hit two home runs in one inning and the Tigers blew away Kansas City 16-0. Kaline would go on to lead the American League in batting, becoming the youngest player ever to lead the league.

Fast forward to Kaline’s last year as a player, in 1974. It was my first year as a baseball writer and photographer working for a baseball monthly, and Kaline was the first player I interviewed.

1984 was the stadium’s best year attendance-wise, and my first full season culminated with a World Series ring with my name engraved on it. In 1985, I became the answer to a trivia question: Who counted each and every seat in Tiger Stadium?

After the season, during our slowest time, I was asked to confirm every seat and bleacher space in the storied stadium. The Tigers were being computerized, and the ticket department needed to verify each section of stadium seating against an existing schematic. With clipboard in hand, I viewed the field from every row in the upper and lower decks. I discovered a box seat in the lower deck and six reserved seats in the upper deck that the schematics didn’t list and that had therefore had never, ever been sold in all the years since the old green seats were replaced by blue and orange plastic seats.

Fast forward to the stadium’s final game, on September 27, 1999. It was as good as it gets, with all seats sold well in advance and the Tigers winning on a grand-slam home run. Warm weather and blue skies hovered around the city, and gates opened several hours before the game so fans could walk around and reflect.

The Detroit Jewish community was well represented (I used my connections), and the old ballpark had its first and last minyan for Mincha and Maariv under the stands of the upper deck left field corner.

When it came time for closing ceremonies, fans stood and cameras clicked as 63 former Tigers players trotted out (some were driven in golf carts) from behind the center field flagpole to their former positions. The biggest cheer of the evening came when Mark “The Bird” Fidrych flew out and headed straight to the pitching mound, dropped to his knees, and used the pitching hand that led the league in 1976 to scoop dirt from the mound into a plastic bag. Fidrych then stood up, took off his cap, and waved it in all directions as he circled the mound.

Since that memorable evening 20 years ago, more than half of the 63 former players (including Fidrych) have died. But as long as there are baseball cards and a new generation of collectors, the names, faces and records of the players from previous generations will live on. 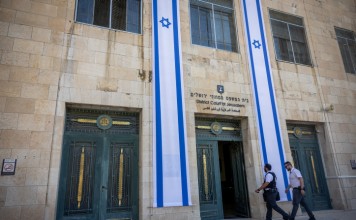 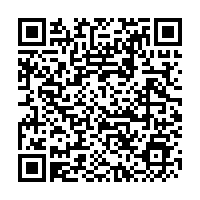