With the playoff race heating up, the battles in the “Red and Dr. Murray’s” Israel Basketball League this week got even tougher.

Yak Pak, playing the first of two games this week, went up against the LA Ballers. The Ballers surprisingly out-rebounded the injury-plagued Yak Pak, despite Yak Pak’s height advantage. LA Ballers used their rebounding and long-range shooting to get an early jump on Yak Pak, but the Pak’s up-tempo fast break offense and a flurry of three-pointers swung the lead back to Yak Pak. Ethan Gipsman’s 15 points led the scoring, and clutch free-throw shooting late in the game by Joel Hyman (9 points) helped Yak Pak hold on for the one-point victory, 62-61.


In their second game of the weekend, Yak Pak took on Pizza Mevaseret. With a rare personnel advantage, Yak Pak looked to run the fast break against the somewhat shorthanded Pizza Mevaseret.

The game started with back and forth scoring, with YakPak’s Tani Weissman (17 points) sparking the offense with deep three-pointers. Yak Pak used quick passing to find open shots, running the transition game after defensive stops to create fast break buckets and open three pointers. Point guard Joe Chehebar, back from an ankle injury, scored 15 points, and Yochanan Buchbinder led Yak Pak with 18 points. Ethan Gipsman came close to a triple-double, recording 10 points, 12 rebounds, and 7 assists. Pizza Mevaseret’s big man, Zach Jaffe, made some highlight-reel inside buckets, but Yak Pak ran away with a huge 75-40 victory, and climbed to the top on the standings.

In the game of the week between two of the top teams, Hawke&Co. faced defending champions Lobos. The protagonists came into the game as the only two teams still undefeated, and the game was as exciting, intense, and close as anticipated. Both teams played strong all-around games, and finished regulation deadlocked. Lobos took the lead in overtime, and had two opportunities to win with the game tied and only seconds remaining. But Hawke&Co. recovered a turnover and got to the free-throw line as time expired, closing out the game with a high-pressure free-throw for a razor-thin 48-47 victory – and fueling speculation among league observers about a possible playoff rematch.

And finally, SeaPort 17-Big Apple Pizza pulled away from Bromptons with a 47-38 victory in a crucial game with playoff implications. 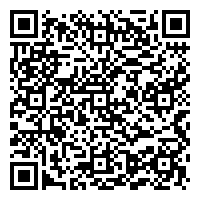