Since the destruction of the second Temple, the synagogue was substituted in its place. The reverence that was once only known to the Temple was transferred to the synagogue, so that it is referred to as a “mikdash me’at,” a miniature Temple. Before one prays, one must prepare for the experience. There must be a meditative time in which the individual focuses on the significance of the act that he/she is about to per-form. As in the Temple of old, there must always be a genuineness of intent before entering the synagogue to pray. Indeed, one cannot use a synagogue to shorten the distance between two areas.

In modern times, however, this respect for the sanctity of the synagogue has been compromised. Jews have the distinct impression that there are moments in time that we can forego the holiness of the Beit Knesset and allow a frivolous, if not rowdy, behavior.

There is another practice which infuriates me and in my mind leaves the indelible impression on children that improper behavior in the synagogue is accepted in certain situations.

There was a time that when a Bar Mitzvah completed reciting his Haftorah, the women would lob raisins from the women’s gallery. The basis of this tradition was to demonstrate a wish that the child’s life should be sweet. This was also the custom at a man’s Aufruf, on the Shabbat before he was to be married. We have retained this tradition today; however, we have greatly changed its purpose.

Today, candy is distributed to all the guests and upon the Chatan’s or the Bar Mitzva’s completion of their Haftorah, a barrage of candy is hurled at top speed at them. The entire synagogue is instantly transformed into a brawl scene. People are taking aim at the bar mitzvah or the Chatan, rationalizing that such behavior is in consonance with Jewish law when in essence it is a severe bezayon, an embarrassment to the inviolability of the synagogue!

Arid what kind of message are we sending to our children? Are we telling them that there are times when we can put the sanctity of the synagogue aside and act inappropriately?

Synagogues instead should require that the parents of the Bar or Bat Mitzvah, or the Chatan, prepare bags of candy and distribute them outside the Synagogue at the appropriate time. Besides solving the inappropriateness of throwing candy in the Synagogue, it also allows all the children to receive something and not the chaos and confusion of some children hoarding most of the candy and some not receiving any.

Parents must understand that their deeds have a profound impact on their children. If they act this way, their children will learn that there are times that improper behavior is condoned.

Something that no one should want to teach their children! 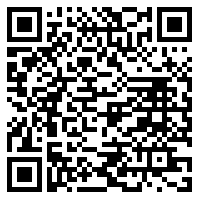