For many Americans, when thinking of chief Sephardic rabbis, their list may consist only of one whom they know: Rav Ovadia Yosef, zt”l.

As chief Sephardic rabbi of Tel Aviv, R’ Haim David Halevy, zt”l, is not as well-known as R’ Ovadia Yosef, but was certainly in his league.

Halevy was a man of myriad talents. Be it a noted author, significant talmid chacham, master of kabbalah, gifted speaker and more. But more than all of that, Halevy was a scholar of the people. He was concerned about both the physical and spiritual well-being of those who looked to him for direction. It’s for that reason he was such a beloved sage.

As the title indicates, he was not just a courageous thinker, but perhaps more importantly, a courageous scholar also. As a sage, he was entirely committed to halacha. But in his pragmatism and deep understanding of the halachic system, he could intuit that there is significant flexibility built into the system. The authors highlight this, and detail his idea that only due to the merit of the flexibility of the halacha has the people of Israel been able, through the power of numerous and useful creative interpretations which were innovated by the sages in each generation, to walk in in the way of observance for millennia.

With references from his many works quoted on nearly every page, the authors have not written just a fascinating biography, but an invaluable cross-reference to truly understand this brilliant sage. 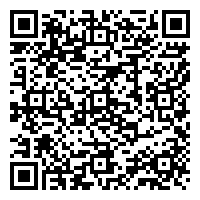