I grew up with a cousin who was always escaping from shul in order to read his comic books. It turns out he was still learning Torah – according to Simcha Weinstein.

Rabbi Weinstein, who in his “previous life” was a film location manager in Great Britain (credits include “Tomorrow Never Dies,” a James Bond film), is now a rabbi and chaplain serving a collegiate population in downtown Brooklyn. He is also the organizer of the International Jewish Film Festival presented annually in Brooklyn Heights, where he currently resides with his wife and two children.

Apparently he spent his youth also reading – and collecting – comic books and graphic novels (notably including Will Eisner, whose work is now gaining worldwide attention).

The comic book was the “port of entrée” to employment for hundreds of young Jewish artists and illustrators during America’s depression years. They were unable to gain access to better paying jobs at advertising agencies and major firms, due to anti-Semitism.

New York City, central to immigrant Jewish life in the early and mid-20th century, was home to most of the comic book industry, although significantly, “Superman” was born in Cleveland, Ohio (to Jerry Siegel and Joe Shuster). Many of the artists (and the writers who originated the stories) drew their fantasies to escape “the ghetto,” but the plots, storylines and characters still resembled the Jews they left behind on Delancey Street. It wasn’t so much Nietzsche who “invented” the superman character as much as our Rabbi Judah Loew ben Bezalel in Prague who created a golem. Many of the comic book characters, including “The Hulk,” are almost entirely based on the Jewish concepts of teshuva, tzedaka and tikkun olam.

Weinstein points out that most of the comic book characters have dual identities (Clark Kent is Superman and Bruce Wayne is Batman) just like many Jews had for many centuries. Evidence the anglicized names of many of the comic book artists, who changed their names to suit American society – which during the pre-war era was almost as anti-Semitic as Europe. Just as we take off our shirts to reveal our tzitzis underneath, Clark Kent stripped off his suit to reveal his skin-tight uniform (where would he ever find a telephone booth today?), enabling him to spring into action.

The book reveals that although many of the authors and artists were trying to escape a Jewish milieu, you could take them out of the Jewish neighborhoods they grew up in, but you couldn’t take the Judaism out of their souls. “Captain America” was born in 1938, with a front cover depicting him smacking Adolph Hitler square on the jaw. This was a comic book reply to America’s isolationists and all through the Second World War, nearly one of five pieces of literature mailed to our fighting men in both “theatres” were comic books and graphic novels. In fact, Will Eisner spent the war years writing and illustrating graphic, how-to manuals for the armed forces to assist the Army in instructing barely literate recruits on how to operate and maintain military equipment.

So if you still have your old comic book collections up in the attic somewhere, take them down and look at them in a new light, as Rabbi Weinstein has done. They’re not only often rare and collectible (some valued at as much as a half million dollars each), but they contain Jewish concepts and storylines adapted directly from the Bible. 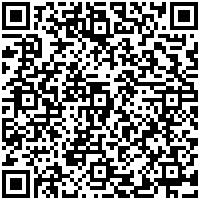