Title: Commitment and Complexity: Jewish Wisdom in an Age of Upheaval

Yeshivat Har Etzion is one of the main centers of religious Zionism in Israel. It is the largest hesder yeshiva, where students combine serious advanced Torah study with army service in Tzahal’s elite fighting units.

Ktav Publishing House now gives us a glimpse of the yeshiva’s two pillars.

Rav Amital’s teachings reflect striking originality, courage and breadth of knowledge. Aviad Hacohen, one of the illustrious alumni of “Gush” (as the yeshiva is called), has collected, edited and organized many of his teacher’s thoughts and ideas that shed light on his path and messages as conveyed over several decades.

The original Hebrew version was presented to Rav Amital on his 80th birthday.

Each selection is at most three or four pages in length, but they reflect the greatness of the man and the ideals for which he stands. They cover all aspects of life and society, showing an appreciation of what is best in us, and an aversion to what plagues us.

One can think of no simpler introduction to the best values of religious Zionism by one of its most successful teachers.

Chaim Navon’s study of Sefer Bereishit was originally presented on the Virtual Beit Medrash, offering a good introduction to the quality and scope of this web-yeshiva – headed by Rav Ezra Bick and Rav Reuven Ziegler.

The book brings together various philosophical and conceptual backgrounds necessary for a sophisticated understanding of the Torah’s message. We learn of the importance of biblical criticism in understanding the text, and the richness of Jewish thought and its uniqueness to non-Jewish approaches.

Too many of us study Bereishit through the prism of the elementary school classes where we first approached the text, or the various “parshah sheets” distributed in our shuls each Shabbat.

How nice it is to read such a literate and sophisticated presentation of the richness of Torah study. 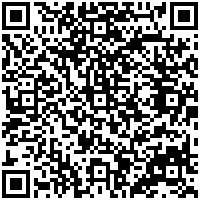