Costa Rica, situated between Nicaragua, Panama, and the Pacific Ocean, is a five-hour flight from New York and offers a delightful vacation experience for the whole family. Costa Ricans are remarkably friendly to tourists, and Costa Rica has been a good friend to Israel since 1948, when it was one of the first countries to vote at the United Nations for an independent Jewish state.

There are approximately 3,000 Jews living in Coast Rica. I davened at two Orthodox shuls in the capital city of San Jose. One is headed by Rabino Hirsch Spalter, a warm Chabad rabbi, and has a daily and a Shabbos minyan. (The rabbi’s contact information is 646-432-4479. He speaks fluent English, Spanish and Hebrew.) The 4-star Wyndham Gardens hotel, which gives a discount to Chabad visitors, is a five-minute walk from the Chabad shul.

The other shul is headed by Rabbi Yitzchok Prober, a musmach of Yeshiva Ateres Yisrael in Yerushalayim and formerly a rav in Mexico City. Rabbi Prober leads the magnificent 2,000-member Sharei Zion Shul, one of the most beautiful synagogues I’ve ever seen. It’s located within the high security-gated Centro Israelita Sionista De Costa Rica, which features classrooms, a kosher restaurant/kiddush center, 3 mikvaos ( for men, women and keilim), and a Jewish museum with a special Holocaust section.

Rabbi Prober can be contacted by e-mail at yprober@gmail.com and by phone at 056-8303-3937. He speaks fluent Hebrew and Spanish and a smattering of English. There are several decent hotels within walking distance of the shul and the rabbi’s residence.

Costa Rica is a prime vacation destination for international tourists, but don’t expect an intensive frum infrastructure. I would advise Orthodox travelers to bring vacuum-packed non-frozen “airplane” kosher meals, to be heated up in the hotel microwave with the necessary double wrapping, along with a healthy assortment of nosh from home.

The climate is near perfect. From November through May the weather is dry and warm. June through October is referred to as the rainy season, though the weather is still comfortable and the occasional showers barely interfere with touring, sporting activities or sunbathing.

Tourists should think of Costa Rica as comprised of three regions. There’s the Rain Forest (La Fortuna-Adrenal Volcano) region in the northwest part of the country; the Central region, which includes the capital, San Jose; and the Pacific Coast, ideal for beach and ocean lovers, which borders Panama and is considered the Gold Coast or Miami Beach of Costa Rica.

The Rain Forest-Arenal Volcano region features magnificent forests and mountains teeming with exotic flora and fauna, kept in pristine condition. This area is called Arenal the mountain that, after lying dormant for 500 years, suddenly erupted in a volcano and spewed lava that generated thermally heated waters in the surrounding Tabacon River. The river is a delight for bathers and is reputed to have therapeutic powers similar to Sodom’s Dead Sea waters and Tiberius’s heated pools. There are plenty of activities – including whitewater boating, horseback riding, hiking through the rain forest, and zip lining – for visitors of all ages to enjoy.

When I contacted Dimitris Kosvogiannis, the general manager of the area’s Tabacon Hotel, a Leading Hotels of the World resort that boasts thermal waters and excellent accommodations and services, he asked me out of the blue to bring him a pair of tefillin, explaining that he hadn’t put any on since his bar mitzvah many years before in Athens, Greece.

I brought him a tallis, a pair of tefillin, a bilingual siddur, several mezuzahs and a yarmulke. He was overjoyed at the opportunity to wear tefillin after such a long time. Dimitris – his Hebrew name is Aryeh – told me that arrangements are underway to provide frum travelers with pre-packaged kosher food as well as accommodations for room entry on Shabbos. The hotel is also looking forward to catering to Orthodox tours and groups in the near future. 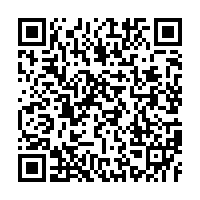