Would you believe it if I told you that you could purchase a two-bedroom, two- bathroom condo complete with central a/c, a large kitchen, and a living room with an enclosed porch in a burgeoning Jewish community – incredibly priced from just $35,000? Well, you can.

The only requirement is that you have reached your 55th birthday and wish to live full or part time in sunny West Palm Beach, Florida. Numerous retired baby boomers, and many who are still working, are taking advantage of this tremendous opportunity.


This spirited Jewish enclave is located within Century Village, a sprawling, resort-style, gated community. “The village,” ideally situated near the Palm Beach International Airport and several major highways, may seem tranquil to onlookers, but there is so much going on. What may appear as calm on the outside is broken by the abundance of activities taking place at any given moment.

Village members can be found working out in the fully equipped state-of-the-art fitness center, relaxing in the sauna, or outside in the heated resistance pool. Some are busy entertaining their visiting grandchildren. Others are playing tennis, shuffleboard, ping-pong, billiards, handball, or taking a dip in one of the 15 satellite swimming pools. Many opt to take instructional aerobics, yoga, tai chi, weight training or sail boating. Those wishing to express their creativity are in various clubs that include choir, drama, dancing, pottery, photography, painting, jewelry design, knitting, sculpting, or computer. Villagers also enjoy a variety of high-caliber live entertainment, along with movies shown in the massive clubhouse.

For those residents without a car, the all-encompassing internal bus system runs throughout the village and heads to supermarkets, malls, restaurants, hair salons, etc.

Century Village is home to several thousand people from all walks of life, and from various ethnic backgrounds and religions. The secret of the thriving Orthodox Jewish community within the village is the right combination of observant people stemming from various neighborhoods in myriad locations. The only Orthodox synagogue in proximity, Aitz Chaim, an OU-affiliated shul, is situated directly outside the village. Most observant villagers purchase condos that are walking distance to the shul. A reliable eruv, which is checked every week, surrounds the area.

According to the current mara d’asra, Rabbi Shlomo Goldstein (formerly of Baltimore), Aitz Chaim has a very diverse frum membership.

“The shul has always embraced people of various viewpoints of Orthodox Yiddishkeit.” He notes that over the past 30 years, the demographics have changed. “Today, members include many Modern Orthodox, others with a more yeshivish background, and some with chassidic backgrounds.”

Rabbi Goldstein offers daily classes in Mishnayos for men, and a Wednesday shiur for women on all topics of Judaism. On Shabbos lively shiurim on the parshas hashavua are held for women, presented by village members.

Rebbetzin Rochel Goldstein points out that one of the village’s best features is its caring people. “As soon as we got here I felt the camaraderie. Everyone made me feel so at home.”

She highlights the fact that the shul has recently constructed a keilim mikveh on its grounds, noting that there is a mikveh available for women in the area.

The village’s observant community stays in touch throughout the year thanks to Gail Robinzon, who has set up and maintains an e-mail correspondence system. Members can post announcements, including smachot, tehillim requests, and funeral and shiva notices.

Robinzon and her husband, Yossi, have owned a condo in the village for almost 12 years.

“We were one of the first ‘young’ Orthodox couples here,” said Gail. “The people here were so welcoming from the start. We became entrenched in the community. Everyone brought in their friends and relatives, and the Orthodox Jewish community has grown tremendously. To us, this is not just a vacation place. We own it and it is our home.”

“When we first started to come down to Florida, we often went to Miami,” commented Yossi. “But when we started to come here we were very happy. Here we belong to an established community, not just a spot for transient vacationers.” 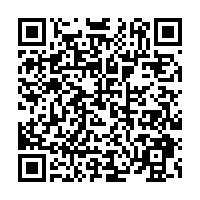