“The eyes of Hashem your God are always upon it [the land of Israel] from the beginning of the year until the year’s end” (Devarim 11:10-12). The special sanctity of the land of Israel comes from the fact that Hashem is continually gazing upon the land. This watchfulness is the cause of the intense Divine Providence we experience (Rebbe Nachman of Breslov, Lekutei Mohoran, Part 2, Lesson 40). Wherever I travel in Israel, I’m always thrilled by the awareness that I’m looking at the same scenes that Hashem is looking at. “Spot On,” a new semi-regular feature about off-the-beaten track places in Israel, gives you the chance to see the places Hashem is watching over.

Looking to cram another experience into an already-full itinerary? Stop off at 9 HaRav Kook Street to refresh your mind, soul and body. Turn off the major commercial thoroughfare of bustling Yaffo Street into this subdued cobbled Jerusalem-stone alleyway. First you’ll come across the Museum of Psalms. Then a museum in the home of Rav Kook, first Ashkenazi Chief Rabbi of Israel. Walk down the shady path a little further and turn left into Ticho House, bequeathed by Anna Ticho to the people of Jerusalem. Here, the dairy restaurant, Little Jerusalem, emulating the caring and hospitality for which ophthalmologist Dr. Avraham Albert Ticho and his wife Anna were famous, does more than simply satisfy your palate; it enriches your mind and soul as well.

Ticho House, built in the second half of the 19th century by an Arab dignitary, was one of the first houses to be constructed outside the Old City walls. The garden, shaded with tall pines and olive trees, slopes all the way to hectic Yaffo Street, but inside Ticho House, today part of the Israel Museum, you leave behind the bustle. The central room, with its high-domed ceilings and deep windows, forest-green security bars and little square glass panels, belongs to the past. Your feet echo along light-colored paneled wooden floors. The tranquil and welcoming ambiance captures me. Perhaps it comes from the walls; they pulse with warmth bred of years of caring for others.

Dr. Avraham Albert Ticho (1883-1960) and his cousin Anna (1894-1980) were both born in Moravia, then part of the Austro-Hungarian Empire. In 1912, having completed his medical studies in Vienna, where he specialized in ophthalmology at the Rudolph Hospital, Dr. Ticho was sent by the Frankfurt-based organization Lema’an Tzion to open an eye clinic in Jerusalem. Anna, who had been studying art in Vienna since the age of fifteen, followed him. They were married that same year. The Tichos bought the house in 1924. They converted the lower floor into an eye clinic and used the upper floor as living quarters. Here, with Anna as his assistant, Dr. Ticho served the rich and poor, from the king of Jordan to the beggars of Jerusalem. As early as 1913, Dr. Ticho introduced preventative measures to fight trachoma in both Jewish and Arab schools, saving hundreds from blindness. However, this didn’t keep him safe in the 1924 Arab riots that spread through the country: he was stabbed twice in the back by an Arab masquerading as a patient. In his study upstairs, in letters displayed under the thick glass of his table, you can read about the resulting international outrage.

Along the walls of the study, you can view part of Dr. Ticho’s collection of 150 menorahs dating from as far back as the 15th century and from places as distant as North Africa and Eastern Europe. Some were in lieu of payment for his services. The correlation is obvious: the collection of menorahs, the rest of which is housed in the Israel Museum, is appropriate for the man who brought so much light into people’s lives. 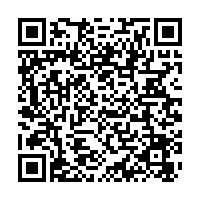