With “Spot On,” our semi-regular feature about off-the-beaten-track places in Israel, we’re traveling to the Golan Heights. Smooth, tawny hills spill toward the shores of the Kinneret like an enormous sand pile poured by a Giant Hand. The hills fold into each other and verdant lines penciled between them hint at cool streams fed by Har Hermon. We speed past the nature reserves, historic sites and archeological ruins and stop at Kesem Hapri (Hebrew for magical fruit), a flourishing orchard and packing plant on the southern Golan Heights. Owners Avraham Sade, whose family name was Kufeld, meadow, until it was changed from the German to the Hebrew version, and Baruch Margalit, live on Moshav Nov, a religious moshav established in 1974, just after the Six-Day War in which Israel took control of the Gaza Strip, the Sinai Peninsula, the West Bank, East Jerusalem, and the Golan Heights.

“I was eager to be part of a community that was growing physically and spiritually,” says Margalit, explaining his decision to move from Tifrach, an agricultural moshav in southern Israel. Having grown up in Kfar Haroeh, a moshav in the center of the country, Sade too was familiar with agriculture. Interestingly, both men have family names that foretold their futures: Sade means field and Margalit means jewel. Together, they have established one of the most productive orchards in the Golan.

A Garden of Eden

Hike along any of the myriad trails that criss-cross the Golan Mountains like the wrinkles in a weather-beaten farmer’s face and you’ll surely slip at least once when you lose your footing against the smooth, black basalt rocks that make up the landscape. Mementos of a long-forgotten volcanic era, these rocks have been worn down over thousands of years to produce a dark soil rich in minerals longing to nourish orchards and vineyards. Standing at the end of a row of plum trees whose branches reach up symmetrically, scraping against a cloudless sky, I notice the trees are growing on mounds. “This soil has one disadvantage,” explains Margalit. “It absorbs a lot of water. To prevent the roots from becoming water-logged, we grow our trees on mounds so that excess water can drain to the sides.”

A cool breeze nudges the long, narrow leaves of the plum trees, reminding Avraham to point out the second thing contributing to the success of his orchards. “Starting out at 300 meters above sea level, the Golan Heights rises to over 1,200 meters. This means that winters are cold enough to make the trees dormant so that in the spring they flourish abundantly and strongly.” When signing up for a tour, led by Avraham’s sons Amit and Raziel, choose the early morning or late afternoon to avoid the hot summer sun. It starts with a ride past rows upon rows of fruit trees. Bumping up and down on a wooden bench in a quaint carriage pulled by a tractor, I notice fallen fruit dotting the soil beneath the trees, witness to the abundance. Kesem Hapri boasts a variety of fruit trees: apple, plum, nectarine, peach, apricot and pomegranate. Different varieties of fruit, each ripening at a different pace, ensure that the orchard can supply the market from June through October. Little white signs at the foot of each row name the variety flourishing there. Nectarine varieties include Queen Giant, Late Sir, Arctic Bright and Sugar Lady. Plums include Freier, Black Diamond and New Yorker.

You’ll have plenty of time to fill your plastic punnet with fruit, so stop and taste the sun-warmed fruit that you’re harvesting. This is when you’ll realize that even agronomists have a sense of humor: Black Diamond plums are small and sweet; New Yorker plums are as big as small apples and particularly hard.

In the packing house, you can watch the fruit being prepared for the market. After being washed in large tubs of water to remove the dust and leaves that are stuck to it, the fruit is fanned dry. Next, each fruit slips into a special scoop. A computerized system takes up to twenty photos of each fruit to determine its size. Depending on its size, it is directed to the appropriate conveyor belt and then packed into a box by workers. Pears, with their irregular shape, aren’t good candidates for this photographic system. Instead, they are weighted to determine their size. Jewish Law in the Orchard

Kosher agriculture in Israel demands familiarity with Jewish law. At Kesem Hapri, all the halachos linked to Eretz Yisroel come alive. The orchard operates under the approval of the Eidah Charedis Beit Din. While the details are beyond the scope of our article, here are some pointers. Orlah: We are forbidden to eat the fruit of a tree during the first three years after its planting. Depending on when the tree was planted, the three years are not always complete. That’s why a month before Tu B’Av is a busy period at the orchard. Saplings planted by this day can count the current year as the first year towards orlah. This is because a tree takes two weeks to take root. If a tree has taken root a month before the end of the year, that final month of the year (Elul) is sufficient to count as a whole year. Saplings planted after Tu B’Av will have to wait an extra year. On Tu B’Av, a mashgiach from the Beit Din tours the orchards to check that all the new saplings that have been planted match up with the marks on the map that the Margalit and Sade have shown him. “Before harvesting time, we are very careful to strip the tree of any fruit so that no orlah gets picked. The mashgiach comes to check that the relevant trees have been stripped,” explains Sade.

Harkava – Grafting: Plant nurseries usually graft branches of a species that produces delicious fruit onto the trunk of hardier stock of a different species. While grafting between the same species is permitted, many authorities forbid grafting between species. “Pear trees are grafted onto quince trees. We received a ruling forbidding us to use such trees, so for twenty years, we weren’t able to grow pears,” explains Raziel. “Ten years ago, when we found a pear species that is hardy enough to use as a base, we were finally able to grow our first pears.” Pear lovers may want to try the apple-pear that Kesem Hapri is famous for. This incredibly sweet fruit looks like an apple, but is in fact a pear.

Shmittah – the Seventh Year: We are commanded to let the land lie fallow every seventh year and warned that failure to do so will lead to exile. Since the establishment of the State, many farmers use loopholes that allow them to work the land as usual. Not so at Pri Hakesem. “In Vayikra 25:18, Rashi tell us that we were exiled because we didn’t observe Shmittah. He makes a correlation between the 70 years of the Babylonian exile and the 70 Shmittah years that the Jews didn’t keep. It’s not worth the risk,” he says. Working hand-in-hand with the Otzar Beit Din of Rav Karelitz, Kesem Hapri ensures that all the halachot of Shmittah are observed. The farmer signs a contract permitting the Beit Din to remove produce from his land, store it in its warehouse, and distribute it to the members of its community. The Beit Din thus becomes the middleman between the farmer and the consumer. Of course, the Beit Din pays the farmers a salary for their work. When the consumer pays for his produce, he is covering this cost and not paying for the produce itself.

Before Raziel moves on to the next group of visitors, he tithes the fruit that we have brought back from the orchards. His words are carried away on the rustling wind, making room for the whisper of a prophecy that haunts the Golan air: “In days to come Yaakov will take root, Israel will bud and blossom and fill the world with fruit” (Yeshaya 27:6). These words of long ago have come to life. Surely now it is time for the rest of the prophet’s words to be fulfilled. 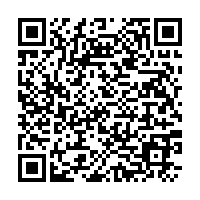