When contemplating the Negev, one must set aside any preconcieved notion of what a desert is. In Eretz Yisrael there are no rolling yellow sand dunes in softly rising and falling landscapes as unbroken as the sea. Far from being a simple expanse of sand, the Negev is marked by a mélange of cliffs, crags, boulders and dry river vadies. Where the Judean Desert ends, the Negev begins, an impressive region of low sandstone hills, rocky peaks (for example the high plateau area of Ramat HaNegev– The Negev Heights – stands between 370 meters and 520 meters), and plains rutted with narrow canyons. The Negev Desert is mesmerizing, beautiful and rich in geological history.

The Negev is mentioned a number of times in Parshas Lech Lecha showing us how Avraham Avinu paced the land, making it the property of Am Yisroel forever.


The essence of Avraham was chesed; a need to give permeated his whole being. After the cities of the Plain were overturned, the wayfarers who visited his home in Chevron were few and far between. Since business was slow for hachnassas orchim, he moved to a spot along a trade route in the Negev. The places he chose to live were dry – physically and spiritually. People living there were hesitant to do good deeds or to help others. (Literally, the word “Negev” means dry). He deliberately chose such a place because he wanted to teach the inhabitants to be charitable, and he saw there was a lot of potential in that area.

Negbah is also used for the direction “south.” Avraham Avinu moved south because he was worried that the embarrassing episode of Lot and his two daughters would reflect badly upon himself. Lot was the spitting image of Avraham, and he feared that people might mistake him for his nephew Lot.

When Moshe sent the spies to tour the land, he told them to head from the Negev towards Chevron (Bamidbar 13:17). He intended for them to see the worst part of the land first so they would be able to appreciate the greatness of what they were being given. Yehoshua conquered the whole of the Negev (Yehoshua 11:16). The northern Negev belongs to Yehuda and the south to Shimon. Dovid HaMelech firmly established Israelite rule over the desert. His son Shlomo subsequently built a string of fortresses along its roads.

After the Roman takeover, Nabatean control gradually weakened. Fewer camel caravans passed through the area and other roads supplanted the Spice Route.

Unlike most areas in the country, the Romans neglected the Negev not doing much to develop it. During the Byzantine Era, Christians began to build churches and study centers in the area. Agricultural-based cities were established and the population grew. After the Muslim conquest in the seventh century settlement of the Negev came to an end. As the new rulers had little interest in the area, the residents were expelled.

For centuries after, only Bedouins lived in the Negev. An Arabic history of tribes around Beersheba, published in 1934, records 23 different tribal groups. In 1918 the English mandate period began and the region enjoyed rapid growth and was called “Beersheba sub-district.” The British built a number of highways; firstly from Beersheba to Um Rash-Rash (Eilat), then from Beersheba to the large Machtesh and also the “Petroleum Road” that goes from Yerucham to Avdat and to Machtesh Ramon.

The British White Paper of 1939 and the 1940 Land Transfer Regulations placed a number of restrictions on Jewish settlement and land purchase in Palestine. The Negev was one of the areas where both were forbidden. With the onset of World War II, the Yishuv looked to expand its areas of settlement in order to house Jewish refugees from Europe. Land was purchased in the Negev by the JNF, though Arabs agents to circumvent the British ban. Three lookouts, Revivim, Gvulot and Beit Eshel were settled in 1943. These later served as a springboard for further Jewish population of the Negev. 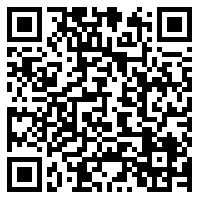