During the early hours of the cease-fire, the IDF started allowing more than 300 trucks to deliver clothing, food and medical supplies into Gaza under the guise of an international humanitarian aid effort. Hamas has been preventing wounded Gazan residents from reaching a makeshift Israeli field hospital that was set up on the border with Gaza in order to provide medical care.

Meanwhile, the Israel Police and security forces have increased patrols in Jerusalem and Tel Aviv, along with both cities’ surrounding areas, in the wake of several terror attacks. On Monday an Israeli soldier waiting at a bus stop near Hebrew University was seriously wounded by a gunman, who shot the soldier in the stomach and then fled the scene on a motor scooter. As of Tuesday, the assailant was still at large. Israel’s minister of internal security, Yitzhak Aharonovitch, said that the Israeli security services had foiled numerous terror attacks in Jerusalem and Tel Aviv during the past few weeks but said that independent terror attacks perpetrated by individuals without known links to terror groups were “difficult to predict and prevent.”


Also on Monday, an East Jerusalem construction worker used his tractor to crush bystander Avraham Wallis to death, and attempted to kill passengers on a city bus that had stopped at a bus stop. Alert Jerusalem District Police and Israel Prison Service officers in the area rushed to the scene and killed the terrorist.

At Wallis’s funeral, his father-in-law, Rabbi Yaakov Hanon, a member of a radical anti-Zionist chassidic faction, deflected blame from the killer. Instead, he accused the Israeli government of murdering his son-in-law by starting the war in Gaza. 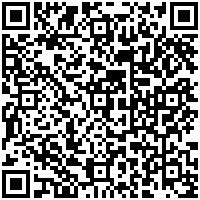