People flocked to the auditorium for the second plenary of the evening – and with good reason. The line-up was stacked with notable names including President Shimon Peres, Dr. Henry Kissinger and Former Prime Minister of the Great Britain and Northern Ireland, Tony Blair.

Mr. Philippe Amon, Executive Co-Chairman of SICPA Holding SA was the opening speaker from Switzerland. He was impressed by the diversity and number of people at the conference- more than 4,000 participants from 20 countries and five continents. The session was titled The Compass for Navigating Tomorrow, and aimed to enlighten the audience with messages of peace and optimism.


Kissinger was honored with the Presidential Award of Distinction for his unique contribution to peace in Israel. Peres took the stage to introduce the award and kindly described Kissinger not only as a friend, but a brother. The two have essentially grown up together, as they have known each other since the early 1960s. He called Kissinger an “inspiration to those who see peace between nations and people.”

Kissinger then glided through the bursts of camera flashes to the stage to embrace Peres and pose for photos as he received his medal. He started his acceptance speech by making the crowd laugh. “It is unusual for an 89 year old to say, ‘I wish my parents could be here,’” he said. “They would be more proud of this than any other honors that have come my way.” That’s not something to be taken lightly, as his other honors include winning the Nobel Peace Prize in 1973, being a former Secretary of State and former National Security Advisor. He recently published a book On China, released last year, one that Peres called a “literary masterpiece.”

Kissinger asked, “How does one achieve both justice and equilibrium?” He called Israel an island of stability in a moment of upheaval everywhere else. The recognition of the state is the beginning of peace, not the end. He noted that everyone else knows the sacrifices Israel has and will make for peace, and aimed to fill the audience with hope and to be able to inspire others to have this hope too. “This country was a dream before it became a reality and its reality resided in its vision,” he said.

Tony Blair showed visible excitement as he stepped up to the podium following Kissinger. Smiling, he said how humbled he felt to be seated between Kissinger and Peres. Blair jokingly admitted that he didn’t know much about the world when he became Prime Minister, but he was told that 40 minutes with Henry Kissinger were worth more than four years at Oxford. Blair recounted how he said to Henry, “‘Tell me about the world.’ And he did.

Blair focused the remainder of his speech on the importance of not fearing change, but rather embracing  moving with it. He encouraged people to be open-minded and hopeful about lasting peace. “This is the moment for those that believe in the open-mind to bring that message into the world,” he said, echoing the conference’s theme about looking to the future with optimism.

Peres concluded the evening gala. He addressed the idea of navigating tomorrow, and split the concept into three subsections of moral virtue, pursuing peace, and a love of learning. He sought to imbue his message with Jewish values like loving thy neighbor as yourself, and not rejoicing in the demise of your enemy. He believes in peace, he said, and Israel’s need to be strong in order to achieve it, even if it takes a historic compromise. He mentioned that he had met with President Abbas and was left with the impression that they also need and want peace. The problem with peace lies in Iran, he said, but remained confident that President Obama will step in and prevent Iran from obtaining nuclear weapons.

In closing his introduction to the conference, Peres expressed optimism about the future of the world, which he said was embodied in Israel’s national anthem of ‘hatikva’, or hope. “I evaluate that the next decade will be the most successful,” he said. 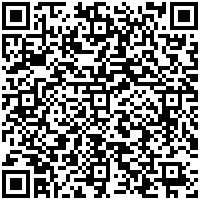