“My faith, as we interpret the scriptures, we identify with the people of Israel as God’s chosen people, and therefore we understand that those who bless Israel receive blessings and those who curse Israel are really fighting against our culture and faith,” said A.W. Mays, an African-American Christian leader from Austin, Texas.

Mays was one of 26 African-American members of the National Baptist Convention of America (NBCA) who were hand-picked to travel from the United States on a six-day educational mission to Israel from May 23-29. The International Fellowship of Christians and Jews (The Fellowship) sponsored the trip to help deepen Christian-Jewish ties and black leaders’ bonds with Israel.


Rabbi Yechiel Eckstein, The Fellowship’s founder and president, has been working to build bridges between Christians and Jews – as well as Christians and Israel – for more than 35 years. Last year, The Fellowship raised $138 million in humanitarian aid for Jews in Israel and around the world, almost entirely from Christian donors.

The trip just concluded marked The Fellowship’s third such mission; it brought 21 ministers to Israel in the summer of 2015 and 22 more in January of this year.

“They know what it means to be suffering and reach freedom, to be slaves and come to enjoy the full benefits of American peoplehood.… We have not had positive ties throughout the years because no one ever put an effort into creating those ties.”

“What most people don’t understand,” said Rev. Deedee Coleman, the head of a 1,500-member Oak Park, Michigan congregation who has been to Israel more than a dozen times, “is that in Baptist culture we preach about Israel every Sunday, about the Jewish people and the trials of Moses and the Red Sea – everything that is not only in our Bible, but what starts in the first five books.”

Beyond the mission’s spiritual impact on attendees, the trip also enhanced the black leaders’ understanding of the challenges Israel faces. Many participants said they now have deeper knowledge of the political situation in Israel, and that the trip debunked the often-biased American media coverage of events on the ground in the Jewish state.

“I learned to not believe the American media 100 percent, and their slant on what this nation is,” said Rev. Samuel C. Tolbert, Jr., NBCA’s president, who helped organize the mission to Israel.

“It is best for people to come and see it firsthand, and they will see a totally different view of Israel.”

Kristina King, director of African-American outreach for The Fellowship, worked in a similar role with the American Israel Public Affairs Committee (AIPAC) for eight years. She says that both organizations do dynamic work in helping leaders understand some of the geopolitical complexities and everyday realities in Israel.

But while AIPAC seeks to influence political policy, The Fellowship’s work is faith-based and focuses on common spiritual values. Those values don’t change, said King, regardless of who holds elected office in Israel or America.

“When African-Americans are exposed to Israel, they see our common values,” King said.

At the same time, the black Christian leaders who visited Israel can become powerful political partners and pro-Israel activists because of their faith, said Yael Eckstein.

“I think the Jewish community should stop sitting back and complaining that we don’t have friends,” said Yael Eckstein. “Be proactive and reach out to find things in common with the people who can stand with us long-term and be strategic partners for our future.”

“These are the ones who will bring back the message of Israel to the larger body,” said Rev. Coleman. “They have been on Facebook, tweeting, and they will bring it back [to America] and educate their people about what is real.” 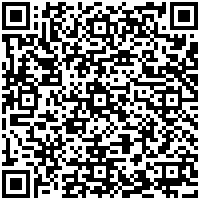