{Written by Adam Shay and originally posted to the JCPA website}

Once again, as the dust settles after a BDS-related concert cancelation, we find that the performance was not canceled as a result of the ideological convictions of the artists involved.

The UK Pink Floyd Experience, a Pink Floyd tribute band, recently announced that it will not perform its three scheduled shows in Israel. This announcement follows the oh-so-usual approach by BDS-poster boy Roger Waters, former front man for the original Pink Floyd band, who urged the tribute band not to play in Israel.

However, the hubris that led Waters to publish a Facebook post about this apparent BDS success seems to have exploded right in his face. Waters announces that he is “very happy that they have canceled their shows in Israel,” and he is “glad to welcome them into the BDS fold.” Yet this happiness seems to be rather one-sided, according to the reply from David Power, front man and director of the UK tribute band. Rather than sacrifice the Israeli tour dates and embrace the mass media exposure emanating from this incident – as many artists do – Power chose to reply to Waters, setting the record straight and explaining the reason for the cancelation:

Roger, as I pointed out to you, my concern was for my colleagues and the abuse and threats they were receiving as a result of your initial post. This remains the main reason for issuing the cancelation post. We do not support either side in this. We were simply hoping to bring music to the people.

So it is neither ideological conviction nor support for the Palestinian cause that prompted this cancelation. It was fear, brought on by a frontal assault of abuse and threats, an assault ordered by Roger Waters. Power makes a direct connection between this assault and the cancelation, leaving no room for doubt or a hijacking of the agenda: The cancelation was due to the threat of violence – brought on by Waters.

Power seems displeased with Waters welcoming him into the BDS fold. When asked by an Israeli fan to clarify where he stands regarding the BDS movement, Power answered bluntly that he “is not in BDS, nor are any members of my show. Achieving peace should be the goal through communication.”

It would be almost natural for a tribute band, dedicated solely to performing Pink Floyd songs – many of them written by Waters – would fall in line with their idol’s wishes. On this same post, Ricky Howard of The Australian Pink Floyd tribute band accepted the limitations laid down by Waters, announcing that, “as a member of the Australian Pink Floyd show, I can assure you we did not play any gigs in Israel last year, nor do we have plans to do so. I hope this clears up any misunderstandings! All the best.” (This tribute band has performed in Israel in the past.)

So the Bricks Seem to Be Falling Off the Wall…

Roger Waters has been attempting to build a “quarantine” wall around Israel for over a decade. But bricks seem to be falling off this wall, and they are falling in different directions. While the biggest Pink Floyd tribute band around refuses to fall in line with Roger Waters’ decree and insists on honestly setting the record straight, another tribute band agrees to accept this decree as a technical fait accompli, without expressing any sort of support for BDS or even mentioning the Israeli-Palestinian condition.

The net value of social statements by members of tribute bands is relatively small, especially when it comes to internal discussions within the artistic community. Tribute bands are usually unable to draw headlines or achieve great media exposure, and the incident discussed here did not draw major headlines in the mainstream press. Their ability to shape the debate is limited. This prerogative is usually limited to original and established artists, who hold enough artistic credit to be able to translate it into social/political credit. A good example for such an artist would be Nick Cave, who elaborated on his stance regarding the attempt to impose a cultural boycott on Israel in his blog “The Red Hand Files.”1

Answering a letter from Brian Eno, a well-established artist and active supporter of BDS, Cave recently stated the following:

I think the cultural boycott of Israel is cowardly and shameful. In fact, this is partly the reason I am playing Israel – not as support for any particular political entity, but as a principled stand against those who wish to bully, shame, and silence musicians. I don’t intend to engage in a detailed discussion as to how the boycott of Israel can be seen to be anti-Semitic at heart and, furthermore, does not work (rather, it risks further entrenching positions in Israel in opposition to those you support), but even the estimable Noam Chomsky considers the BDS as lacking legitimacy and inherently hypocritical. What we actually have here is a fundamental difference of opinion as to what the purpose of music is.

Cave doesn’t stop at addressing the specific attempt to boycott Israel, but goes on to question the internal dynamics of the contemporary artistic debate:

Certain questions need to be asked. How far must we have strayed from the transformative nature of music to feel justified in weaponizing music and using it to punish ordinary Israeli citizens for the actions of their government? Furthermore, what has brought us to the point where certain musicians feel it is ethically sound to use forms of coercion and intimidation, in the form of ‘open’ letters, on fellow musicians who don’t agree with their point of view?

These are questions artists, performers, or culture-consumers should be asking themselves.

(Adam Shay is a senior program coordinator and researcher at the Jerusalem Center for Public Affairs, specializing in battling the cultural boycott of Israel. He is regularly called upon by producers and concert promoters to help battle BDS activists in their attempts to pressure artists into cancelling performances in Israel)
Advertisement 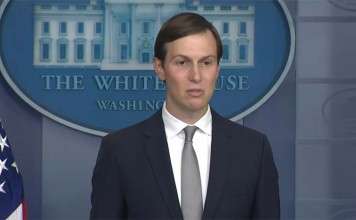