Yizhar Hess, director general of the Masorti (Conservative) movement in Israel, apparently believes that graffiti attacks against Arab targets are at least as serious as physical violence against Jews.

Writing in the Hebrew-language Yedioth Aharonoth, Hess said that per capita there were more racist attacks in Israel than anti-Semitic attacks in France during the year 2013. The 19 hate crimes recorded against Arabs in 2013, Hess wrote, amounted to one crime for every 400,000 citizens, as compared to the 116 anti-Semitic incidents recorded in France in the same time frame. With 66 million citizens of France, those attacks amounted to one attack for every 600,000 people.


Of course, Hess failed to mention the nature of the crimes: Virtually all the anti-Arab attacks in Israel last year were directed against property: graffiti, slashed tires, burned cars. On the other hand, according to the Paris-based Service de Protection de la Communauté Juive, attacks against French Jews included a homicide attempt, 49 violent attacks, 3 arson attacks and 190 reported threats or hate mail incidents. 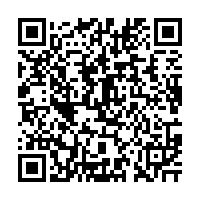