Israel is the only country ISIS fears, according to a journalist who spent ten days behind enemy lines in Iraq and Syria.

Reporter Jürgen Todenhöfer, 75, a former member of the German Parliament with Angela Merkel’s CDU party and known as a strong critic of U.S. policy in Iraq and Afghanistan, hunkered down with ISIS, or Islamic State, in 2014, accompanied by his son Frederic, who served as his father’s photographer.


His book about the experience, Journey into the Heart of Terror: Ten Days in the Islamic State, was published in Germany; an English language edition is due out this spring.

He told the UK’s Jewish News that Islamic State is “preparing the largest religious cleansing in history” and admitted to being “pessimistic” about whether the West can do much about it.

“They think they can defeat U.S. and UK ground troops, who they say have no experience in city guerrilla or terrorist strategies,” he said in interview with the Jewish News’s Sharon Feinstein.

“But,” he added, “they know the Israelis are very tough as far as fighting against guerrillas and terrorists.”

Last weekend, Islamic State released a taped message from its leader, Abu Bakr al-Baghdadi, in which he threatened to turn Israel into a “graveyard.”

“Palestine will not be your land or your home,” al-Baghdadi declared. “It will be a graveyard for you. Allah has gathered you in Palestine so that the Muslims may kill you.

“The Jews thought that we forgot about Palestine and diverted our attention from it. Never, Jews. We have not forgotten Palestine for a moment.

“The leaders of the jihad fighters will surround you on a day you think is far, but we see it as close. We are coming closer to you day by day.”

In another video, released last month, Islamic State vowed to wage war against Jews. A man whose face is blurred is seen brandishing a knife as he’s flanked by masked comrades holding machine guns.

Addressing “all the Jews, grandchildren of monkeys and pigs,” the man warns that Islamic State plans to infiltrate Israel to carry out attacks.

“We are coming for you from all over the world to slaughter you,” he says.

But in his Jewish News interview, Todenhöfer said that while Islamic State terrorists are “not scared of the British and the Americans, they are scared of the Israelis and told me the Israeli army is the real danger. We [Islamic State] can’t defeat them with our current strategy.”

Todenhöfer, who established contacts with ISIS supporters including judges, fighters, and leaders, said the group’s goal in the first stage of its fight is conquer the Middle East.

“They are a very strong danger for Iraq, Syria, Jordan and Libya,” he told the Jewish News, “while the West will be subjected to big acts of terrorism instead of a full blown ISIS war because they say they don’t want too many battles at the same time.”

A report by Terrorism Research Initiative (TRI) based on interviews with ISIS defectors, says Islamic State “attracts about one thousand new foreign fighters per month and already has a foreign fighter force estimated at twenty to thirty thousand – including some five thousand from Western Europe.”

Abu Jamal, a former ISIS regional commander, told TRI the group has an estimated ten thousand fighters in Syria and twenty-five thousand in Iraq, with sixty percent of the fighters consisting of Iraqis and Syrians and the other forty percent made up of foreign fighters.

Summarizing their findings, TRI researchers noted that even “these disengaged defectors remained radicalized ‘true believers.’ They also had been given military training–learning to handle weapons, explosives, and undergoing exercise. Following these compulsory courses, they were sent to the front. Syrians who join [Islamic State] are rewarded with salaried jobs which for young men translates into the ability to marry and for young women the money allows them to save their families from literal starvation. Foreign fighters are receiving additional rewards: wives, sexual slaves, and sometimes homes and cars. Daily life was punctuated by brutal practices – including floggings, torture and beheadings.” 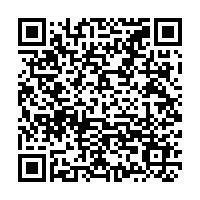