I would very much appreciate the opportunity to have my comments published so Penn  laws students can access both sides of the Israeli Palestine conflict that appears to preoccupy Representative Ilhan Omar and her supporters at Penn.

There is an assumption by writers Yeh, Morgenstern, Waggeh, Zouai and of course Omar, that because Israel is a strong developed country with an effective military, it occupies and oppresses the weaker Arab population who are helpless victims.

Nowhere in Omar’s statement or in the popular culture is there mention that 20% of Israel’s population are Arabs many of whom have achieved great success as heads of Israel’s largest bank, in the civil and foreign service, in Israel’s supreme court, in its universities as heads of departments, in the business world and in hospitals where Arab and Jewish physicians and nurses work together to research and treat patients of all faiths. Considering the pressure placed on Israel’s Arabs by their radical brethren to reject Israel, the success of the integration of Israeli’s Arabs is a triumph. One looks in vain for Israel to receive any recognition for improving Arab life in Israel.

So if Israel has successfully integrated its Arab population, why is there an assumption that it has a malevolent attitude towards the Palestinians living in self-governing areas? The answer is simple and that is, the Arabs in Gaza and the West Bank refuse to accept the reality of a Jewish state. All offers and concessions by Israel have been refused and seen as weakness by the Palestinian Arabs. This perceived weakness has emboldened these Arabs to become more radical. The attitude that Israel must be weak to make offers of peace, that we can exploit this weakness to push it further into the corner is symbolized by Israel’s transfer of Gaza in 2005 to the local Arabs who took this as a sign of weakness and instead of choosing to live peacefully side by side with Israel began building a military infrastructure to attack Israel with rockets and arson balloons.

It doesn’t help that the Palestinians have been brilliant in convincing the media that its ‘victimhood’ narrative is real and deserves to be mitigated, which has led to congress men and women like Ilhan Omar petitioning the government to cut off military aid to Israel which is the ultimate goal of the Palestinians who dream of prevailing over a weakened Israel. Considering Hamas Charter item #7 that calls for the murder of all Jews worldwide, a defeated Israel would be a bloodbath which naïve students, professors and politicians through their support of Hamas would have enabled.

Israel will have none of this and carries on making peace with other Arab states, trading with the world and scientifically innovating for the betterment of mankind and yes, maintaining a strong military with which to defend itself.

Thank you Dean Ruger for considering this for publication, 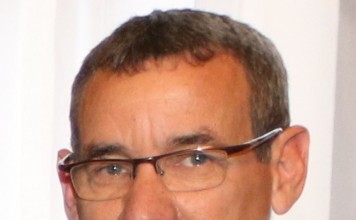 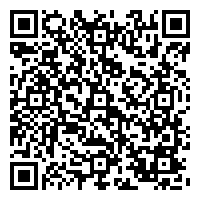