A ceremony was held today, April 26, in Lohheide, Germany, to mark the 70th anniversary of the liberation of the Bergen-Belsen Nazi death camp which took place on April 15, 1945.

More than fifty thousand people perished in the Bergen-Belsen camp, which was really several connected camps that housed and killed Jews, Gypsies, homosexuals and others considered “undesirable” by the Nazi regime. Anne Frank and her sister Margot were among the tens of thousands who died at Bergen-Belsen.

Lauder spoke not only of the specifics of the horrors visited upon the world and, in particular, the Jewish people, during World War II, but he also made pointed references to the dangers of similar horrors lurking on the horizons at the present time.

No doubt he is talking about Iran.

Lauder also speaks at length about the resilience and self-reliance of the Jewish people in the aftermath of the Holocaust. How the Jews left the Displaced Persons camps and never looked back.

“They refused to be victims,” Lauder said. “Jews all over the world helped their fellow Jews get back on their feet. They were never used as political pawns.”

Do you have any doubt to whom he is referring?

The following is Lauder’s speech in its entirety. It is worth your while to read the whole thing.

We come here today to remember. We remember the evil of this terrible place. We also remember that world silence led to this evil.

And we gather with an uncomfortable awareness that anti-Semitism has returned to Europe once again.

Seventy years ago, as Nazi Germany was collapsing, and the greatest war in history was coming to an end. The saddest irony was that Jews, the people who should have been happiest about Hitler’s defeat, were not to be heard.

There were no Jewish victory celebrations like those in New York or Trafalgar Square or Moscow. There was no jubilation. The reason is all around you. For Jews, the awful realization of loss suddenly set in. Mothers and fathers, aunts and uncles, grandparents, friends, over one million children – all gone. Half of the world’s Jews murdered.

Right now, we stand on one of the largest Jewish cemeteries in the world. But there are no gravestones. There are no markers. The victims buried here lost not just their lives; the Nazis took their identities as well.

When British troops entered the gates here at Bergen-Belsen they took pictures and, for the first time, the world finally understood the extent of the Nazi horror.

We saw the bulldozers pushing naked bodies into open pits. The walking skeletons. The unbelievable sadness and loss. It has always struck me that battle-hardened soldiers, who saw some of the worst combat in Europe, became emotional years later when they talked about entering Bergen-Belsen.

Seventy years on, we all know about the crime. We know the perpetrators – but they were not just Germans and Austrians. There was complicity in practically every country in Europe. My own country, the United States – the beacon of liberty – shut its doors to Jews desperately trying to leave. 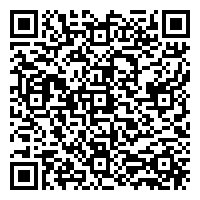