Even Yad L’Achim activists, who have been organizing classes for immigrants from the Former Soviet Union in Haifa and the Krayot for the past year, were surprised by the heavy turnout at a new class they opened recently in Kiryat Yam.

After advance work among Russian-speakers in the northern town, some 20 women showed up at the first class, held on kashrus and the Jewish home.


When the lecturer spoke of the importance of passing on Jewish heritage and education from one generation to the next, one woman in the room rose and, in a voice quivering with emotion, said that she had taken upon herself to have her 18-month-old son circumcised. The woman, who had immigrated from a town in Ukraine, related that her grandfather, named David, was one of those rare individuals who worried about keeping the Jewish coal burning during Communist rule.

He was the one in his town who made sure that a shofar was blown secretly in underground minyamin, who baked matzos in hidden basements, who put tefillin on young boys on the day of their bar mitzvah.

When the Nazis came to power in Ukraine, they herded the Jews into ghettos and made them wear the Jewish star on their outer garments. “Some 36,000 Jews perished, including my grandfather, David, Hy”d,” she said, asking Yad L’Achim for help in arranging a bris milah for her young son.

The very next day, at one in the afternoon, the bris milah was held in the woman’s home, and was performed by a mohel from the Bris Yosef Yitzchak organization.

Honored with sandakaus was the head of Yad L’Achim’s Haifa branch, Harav Chananya Zohar. At the conclusion of the bris, the mohel, who was honored with the recitation of brachos and the naming of the son, leaned over to hear the name. When the mother whispered, “David,” the tears flowed uncontrollably among all the participants.

After the bris, the mother said: “The spark that was lit for me by the Torah class reminded me of the entire family of my grandfather on my father’s side and his selfless dedication for Judaism. The class made me decide to change my home, to make it kosher and Jewish. From now on, I will call my son David, instead of the Ukrainian name I gave him at his birth.” 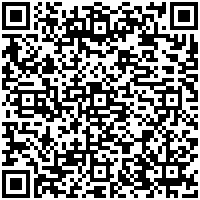