The victim of Tuesday’s shooting at the Brigham and Women’s Hospital in Boston, Michael J. Davidson, died from his wounds today, Jan. 21.

Davidson was an assistant professor at Harvard Medical School. He was shot at least twice in the Shapiro building of the hospital.


The suspect, who died as the result of what appeared to have been a self-inflicted gunshot wound, was identified as Stephen Pasceri, 55, of Millbury, Mass.

Boston Police Commissioner William B. Evans said that the suspect entered the hospital and asked for Davidson, according to a report in the Harvard Crimson.

“Clearly [Pasceri] came in, and the doctor came out to see him, and that’s [when] we believe the altercation took place,” Evans said.

Police secured the scene within 16 minutes, and there were no other injuries, according to a department press release. Evans praised the first responders, who he said “did everything they could to to neutralize not only the situation but also get the care to that doctor.”

Davidson graduated from the Yale School of Medicine in 1996. He was an assistant professor of surgery at Harvard Medical School and was the director of endovascular cardiac surgery at the Brigham.

“Dr. Davidson was a wonderful and inspiring cardiac surgeon who devoted his career to saving lives and improving the quality of life of every patient he cared for,” said a statement issued by the hospital, which is affiliated with Harvard Medical School. “It is truly devastating that his own life was taken in this horrible manner.”

This article was edited to note that Dr. Davidson was a graduate of the Yale School of Medicine, and not Yale Law School. H/t Joseph Hoffman. 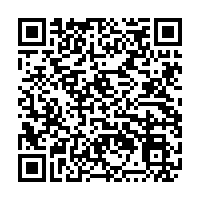