In this Wall Street Journal clip, Rolfe Winkler interviews WSJ Washington Bureau Chief Gerald Seib on the effects of the sanctions on Iran, and whether or not there is a diplomatic solution to the threat of a nuclear Iran.

“In the long and winding American quest to curb Iran’s nuclear program, the next month is the most critical period yet. And there are three men to keep an eye on as it unfolds: President Barack Obama, Iranian Supreme Leader Ali Khamenei and Israeli Defense Minister Ehud Barak. U.S. officials and their partners from other big world powers meet Iranian negotiators in Baghdad on May 23. That meeting will show whether the oft-discussed, never quite real, diplomatic track for stopping Iran from developing the ability to make nuclear weapons actually exists.” (source: WSJDigitalNetwork) 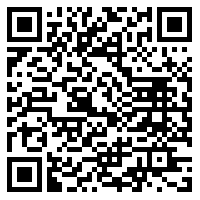