A great new Jewish music video for everyone to enjoy – music is fresh and original, the video is kosher. Here is some information about Moshe Hecht from his website, “In a music world dominated by Auto-tune and overproduction, Hasidic indie-folk artist Moshe Hecht challenges the status quo of hype over substance with his debut album, Heart is Alive, released October 18th 2011. The album – produced in Seattle by seven-time Emmy winner and Grammy-nominated producer Steven Ray Allen – marks Hecht’s much anticipated entrance onto the current folk-revival scene. He has already garnered fans worldwide and played internationally to popular reception with The Moshe Hecht Band, an eclectic group of musicians from diverse backgrounds. The songs on Heart is Alive show a return to true, humble music that celebrate life’s everyday moments. Moshe masterfully mixes meaning with melody, telling stories through his music in the vein of Bob Dylan and Simon & Garfunkel – all with a distinctly Hasidic twist.” 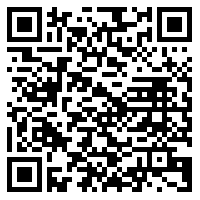