The Palestinian Authority, with the support of the European Union, is expanding its program of illegal land-seizure, taking control of a strategic area in the heart of the Etzion Bloc, between Route 60 and Neveh Daniel, the Regavim movement reported on Sunday.

Over the past two years, the PA has created, out of thin air, an “historic” village – which just happens to be located on a strategic point adjacent to the Jerusalem-Hebron highway. The name given to this new “ancient” village: Shoshahleh.

Regavim’s Field Coordinator for Judea and Samaria Yishai Hemo described the methodology: “Over the course of the last two years, activists from the Arab town Al Khader, backed by Palestinian Authority and European Union funding, occupied the ruins of two ancient watchman’s huts – primitive stone structures used by passing shepherds or farmers as shelter from the elements during the changing seasons. They renovated these abandoned structures and turned them into homes – and from that point, in very short order, brand new structures have been added in the surrounding area.”

The signs posted on the refurbished buildings, proudly bearing the European Union emblem, explain that the site is an ancient village – Shoshahleh – despite the fact that aerial photos paint a completely different picture: in the last two years, more than 15 homes have been built in this “village,” each connected to infrastructure that provides solar-generated electricity and water from tanks, all paid for by the Europeans. Analysis of aerial photos from 1967, as well as historic maps dating back to 1880, prove that there was never any settlement of any kind at the site.

“This is another phase in the Palestinian Authority-European Union program to seize control over strategic areas,” Hemo said. “We are all too familiar with the program: illegal construction in the Adumim Region, land-grabs and highly-developed construction projects on IDF training grounds in the Hebron Hills and Gush Etzion, and extensive agricultural work that the PA is carrying out as a means of securing ownership rights for thousands of acres that have been illegally seized for Roots Project activity.”

The “ancient village” of Shoshahleh is just one more example that illustrates that nature abhors a vacuum. When the State of Israel fails to regulate and register land in Judea and Samaria, the Palestinian Authority takes advantage of the opportunity to seize this land and de facto annex it to its jurisdiction.” 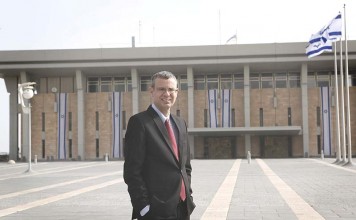 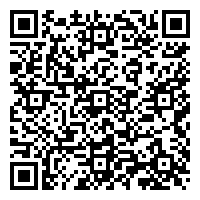