Eyad El Sarraj, a prominent psychiatrist in the Gaza Strip, died on Wednesday, Dec. 18. El Sarraj was 70 years old. He died of complications from Leukemia.

Throughout his professional life, Sarraj was a fierce proponent of resistance to the “Israeli Occupation” and vigorously promoted boycotts of Israel. But when his health failed, Sarraj sought medical care in Israel. He died at Hadassah Hospital in Jerusalem, where he had been receiving treatment for more than a month.


In 1990, Sarraj founded the Gaza Community Mental Health Programme, which is headquartered in the Rimal district of Gaza. El Sarraj was the medical director of GCMHP until his death.

“He is considered the father of mental health and the pioneer of mental health in Palestine. Our commitment to Dr. Sarraj is to continue his message and his struggle for respect of human rights,”  said Husam El-Nounou, the administrative chief at GCMHP.

Arab media and others hailed Sarraj as a human rights defender and a promoter of peace between Israel and “Palestine.”

Actually, Sarraj was a major promoter, supporter, advocate and cheerleader for the form of economic warfare against Israel known as the Boycott, Divestment and Sanctions movement.

He and members of his staff were promoters of vindictive bald-faced lies about Israel.

According to the highly-respected oversight group NGO Monitor, Sarraj and his GCMHP

used unsubstantiated medical claims as an avenue to criticize the Israeli government, including allegations that the Jewish state engages in “systematic state organized violence,” “collective punishment” “massacres,” “war crimes,” and a system of “apartheid” against the Palestinian people.

In one such tract, “War Crimes and Tragedy: The Occupation of Palestine,” the author claims: “We can no longer remain silent nor turn our backs and pretend ignorance to a gruesome occupation of stolen land, the cruelest collective punishment in the open-air sewer prison where Palestinians once lived in peace. The situation has deteriorated as we observe Jewish settlers who spew their hate with such revulsion and racism on Palestinian families, it makes my stomach turn.”

One of Sarraj’s GCMHP doctors provided expert testimony to the infamous Goldstone panel in 2009. Dr. Ahmed Abu-Tawahini  offered what he called “professional insight” into the reason why Israeli soldiers “shoot children in front of their parents.” The doctor claimed such an action – as if it ever happened – can only be explained by “the psychological instability” and desire of the Israeli soldier to “restore his lost image.”

El Sarraj was on the board of advisers of the “Free Gaza Movement.” Those are the people across the globe who organize flotillas to try and break the legal Israeli blockade of Gaza.

Following the 2010 Mavi Marmara incident in which a boat of internationals attempted to pierce the blockade and during which Israeli soldiers were attacked with lead pipes and other weapons, Sarraj signed a public statement which demonized the Israeli soldiers and lionized the thugs aboard the boat.

We insist on severance of diplomatic ties with Israel, trials for war crimes and the International protection of the civilians of Gaza. We call on you to join the growing international boycott, divestment and sanction campaign of a country proving again to be so violent and yet so unchallenged.

And yet, just three years later, when Sarraj was dying from leukemia, he violated the principles he had espoused so strongly when he was strong and healthy.  He went to seek the best medical care he could find.  He went to Israel. 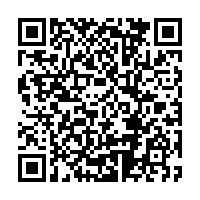