The Jewish Press is the largest independent weekly Jewish newspaper in the United States. The paper, founded by Rabbi Sholom Klass (1916-2000) and Mr. Raphael Schreiber (1885-1980), debuted as a national weekly in January 1960 and quickly won a following for its eclectic mix of Jewish news, political and religious commentary, the largest Jewish classifieds and special features — including puzzles, games and illustrated stories —  for young readers. The paper is now owned and published by Rabbi Klass’s two daughters Naomi Klass-Mauer and Hindy Greenwald. Jerry Greenwald is the CEO.

For over five decades now The Jewish Press has championed Torah values and ideals from a centrist or Modern Orthodox perspective. The paper has been a tireless advocate on behalf of the State of Israel, Soviet Jewry, and agunot (women whose husbands refuse to grant them a religious divorce), and has taken the lead in urging a greater communal openness in addressing domestic violence and other social ills.

In 2011, the JewishPress.com website and related Internet properties were relaunched as an independent, daily online newspaper, with breaking news and in-depth articles on Israel, the Jewish People and the world. The Internet edition is run by Stephen Leavitt. Dovid Schwartz is the General Manager.

No portion of this website may be copied without the express written permission of JewishPress.com.

The opinions of content contributors, including commenters, are their own, and publication in JewishPress.com does not imply endorsement by JewishPress.com.

Article corrections, clarifications and updates are typically done in-article. If the corrections are significant enough to change the story, there will be mention in the article or title that the report has been updated.

The public is expected to check, on their own, if the Kashrut of food advertisers meets their own personal requirements and levels.

JewishPress.com reserves the right to ban or moderate any comment or commenter, for any reason.

External embedding of images from the JewishPress.com servers is not permitted.

Directly accessing content from the servers, except through the formatted newspaper interfaces, is a violation of our terms of usage. 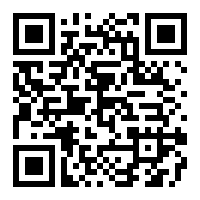