Israel has offered aid to Germany as the country struggles to deal with an historic flood that ravaged that country and others in western Europe as well.

President Isaac Herzog sent a letter on Saturday night to his German counterpart, President Frank-Walter Steinmeier, saying “we would be willing to help in any way.”


Herzog told reporters that he also expressed his sympathies for the dozens of lives lost in the flooding that swept away houses and left tons of debris in the streets.

The city of Tel Aviv likewise expressed its solidarity and support for the German people as they face this disaster.

The Tel Aviv-Yafo Municipality lit up with the German flag Sunday evening (July 18), showing solidarity in the aftermath of devastating floods that have claimed more than 150 lives.

“Condolences to the German people and to our many friends in our partner cities in Germany,” said Tel Aviv-Yafo Mayor Ron Huldai in a statement. “On behalf of the residents of Tel Aviv-Yafo, I send wishes for a quick recovery to all those affected by this terrible disaster.”

Rescue crews in Germany are continuing to search for victims in the floods; at least 165 people in Germany, including four firefighters, and 31 in Belgium are known to have perished.

Some 670 people were injured in Ahrweiler alone, police said.

It’s not yet over either, with heavy rain continuing to pour down on the water-ravaged areas in Germany, Austria and Belgium as well as Switzerland, Luxembourg and the Netherlands.

Floodwaters submerged the streets of one town in Salzburg, Austria.

Residents downstream were evacuated from their homes in western Germany because the Steinbachtal dam southwest of Bonn is still at risk of breaching.

Chancellor Angela Merkel, who visited some of the affected areas on Sunday, told reporters the world has to be “faster in the battle against climate change,” and pledged to fast-track aid to the hardest-hit areas for reconstruction.

Merkel called the damage “shocking.” She added that the German language “doesn’t have words for the destruction that’s been wreaked,” the BBC reported. She underscored, however, “how people are sticking together, how they are helping each other; the solidarity is there.” 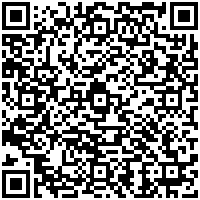